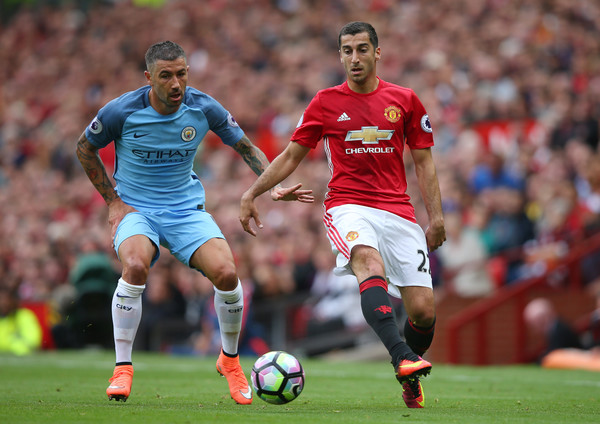 It looked like Sanchez’s City move was all but done but in an off-pitch derby, Manchester United are ready to come and lure the player away from the arch-rival.

Sanchez was set to depart Arsenal and reunite with former manager Pep Guardiola, in this window. City so far are offering only £20m, since they could get him on a free in the summer.

United now are willing to up the offer for the player. Jose Mourinho’s team wants to offer £25m and Henrikh Mkhitaryan, who has struggled to fit into Mourinho’s system and the club after the early flashes of brilliance.

While Sanchez still has his heart set on Manchester City, Arsenal may find the offer of the Armenian midfielder and more money, more tempting. Replacing a player as talented as Sanchez could be tough for the side, and getting Mkhitaryan would certainly ease the struggle of finding someone proven in January. While Mkhitaryan has struggled to establish a place in Mourinho’s plans, he is a quality player and his opening period at United showed it wasn’t difficult for him to adjust to the Premier League.

Interesting turn of events with Manchester United coming in for Sanchez, with Mkhitaryan going the other way. Can see the appeal for both clubs. United get a top player, and stop him going to City, and Arsenal get an excellent footballer in place of someone who wants away.

Crucially though, while the deal to United may make more sense for Arsenal, convincing Sanchez, who refused a move to PSG in order to reunite with Guardiola, will be a task for the Red Devils.

On Sanchez. After both Manchester clubs made offer, all up to Arsenal and player. Right now, City don’t want to offer more than £20 and are convinced player wants to be with Pep, so will wait to the summer otherwise. Risky strategy if United offer huge figures to both club/player pic.twitter.com/3MnMF9GBO6