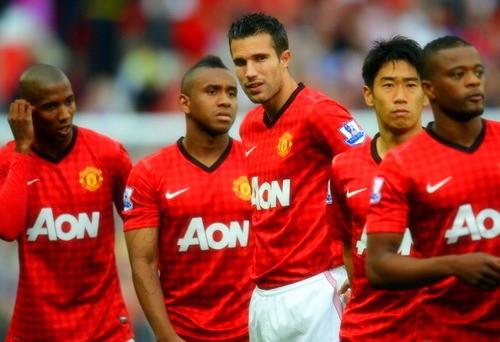 Manchester United take on Southampton at St Mary’s on Sunday (4pm KO, Live on Sky Sports 1) and at 1.57 with Betfred look a great bet to come away with all three points.

They have won on their last four visits in all competitions, and having got back on track with a 3-2 win over Fulham following their opening game defeat at the hands of Everton and in reality should prove far too strong for The Saints.

The home side put up a bold show against Man City in their opening game, but were brought back down to earth in no uncertain fashion when beaten 2-0 at home by Wigan last weekend.

If the Latics can put two past them without replay, then the Premier League new boys are going to struggle to hold a formidable United front line and could well be in for a drubbing

Robin van Persie opened his account for the club with a stunning opening goal against the Cottagers last weekend, and at 5 with bet365 and Betfred looks good value to repeat the dose in the first goalscorer market.

United haven’t looked at their best in defence so far this season, with make-shift centre-half Michael Carrick exposed in the defeat at Everton.

They also uncharacteristically conceded two at home to Fulham, but hopes are high that Jonny Evans could return in this and I expect them to win this in their stride without conceding.

Paddy Power go a standout 2.8 about them winning to nil, and that looks a big price considering that they are as short as 2.38 elsewhere.