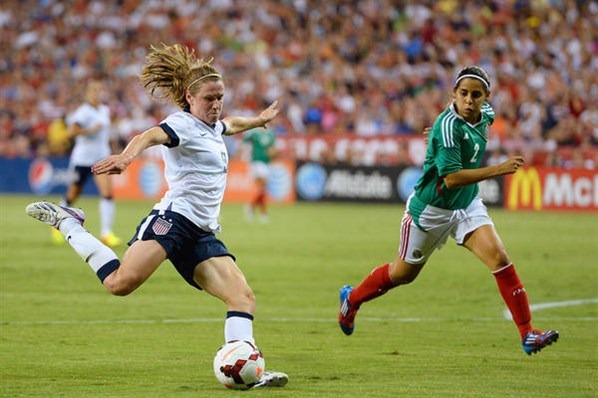 The USWNT will be facing their rivals south of the border in September, two times in five days.

The two matches against the Mexican Women’s National team in September will be the final matches for the Yanks before the U.S. host the 2014 CONCACAF Women’s Championship in October, and start the road to the 2015 Women’s World Cup in Canada.

The American Ladies will be playing El Tri on Sept. 13 and 18.  The venue of the first match has not yet been decided, but the second match on Thursday, Sept. 18 will be played at Sahlen Stadium in Rochester, NY at 7 P.M. Eastern Time; the match will be televised on ESPN2 and WatchESPN.

The home stadium of the National Women’s Soccer League side, Western NY Flash FC is not a new place for the Yanks as they have played at Sahlen Stadium six times already. Not to mention that the Stars and Stripes have never lost a game in the stadium.

The match between the two North American sides will mark the 29 and 30 meeting, the U.S. have been the dominating team in this rivalry with a 26-1-1 record. The newly appointed USWNT Head Coach Jill Ellis will be looking to get the Yanks rhythm back with two victories, plus repeating the 7-0 victory that the Yanks had over the Mexican side at RFK Stadium last year would help with their momentum.

However, before the American Ladies play El Tri in Sept., they will be hosting Switzerland on Wednesday, August 20 in Cary, NC.