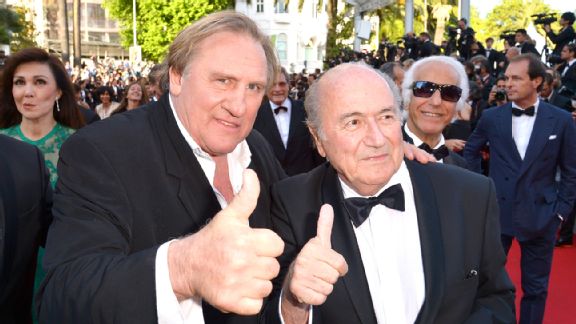 The story of the world’s soccer federation, FIFA, is now being told in a forthcoming movie. The film gets behind the scenes of how FIFA began, right the way up to current President, Sepp Blatter.

Most excitingly it is a chance to relive some of glorious World Cup moments, such as the very first competition way back in 1930, held in Uruguay, who also emerged as the first World Champions. Argentina faced them in the final of the inaugural event, stamping South America’s ambitions and intent upon the competition, something that has never left from the competition, especially in the Final Stages. Even when it is held in continents with very different climates, and conditions, the South American nations are always amongst the toughest nations to face, especially Brazil and Argentina.

The film merges footage from years gone by, not-least the blistering Brazil of 1970, inspired by the legendary Pele and also including the phenomenal talents and skills of Jairzinho, Carlos Alberto and Rivelino to name jut a segment of what is debatably still the greatest side of all time.

This is a big budget release, backed financially by FIFA themselves, with many stars including Tim Roth, who we all know well as Mr Orange in Quentin Tarantino’s cult classic Reservoir Dogs, Sam Neill of Jurassic Park acclaim, Gérard Depardieu and even Fisher Stevens from the 80s hit Short Circuit, best known for the lovable Johnny 5 robot.

Roth stars as Sepp Blatter, a man who has always been a controversial figure and has faced many public scandals and heated debates, often arising from his outspoken nature and divisive policies. Blatter arrives on the scene to save the finances of the federation, but nothing with good-old Sepp is ever plain sailing.

Opinions are divided though, not everyone is excited about the movie,some are openly skeptical, and some are tipping it for success. Personally, I look forward to seeing it but I’m a hopeless soccer addict, who I am I to judge? Check out the trailer yourself below: