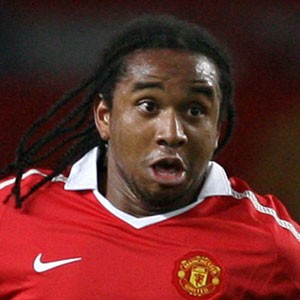 When Nani and Anderson were brought to Manchester United by Sir Alex Ferguson from Portugal in 2007, they were compared to Cristiano Ronaldo and Paul Scholes respectively. Two years later, when Ronaldo left and Scholes neared retirement, they were seen as the heirs to the thrones vacated by these Old Trafford legends.

Despite spending 7 years each at the club now, neither has lived upto the billing. And now, after Nani’s departure on loan to former club Sporting Club de Portugal, Anderson is also close to sealing a move back to Porto, the club Sir Alex signed him from.

Reports from British newspaper Daily Mail have stated that the Portuguese outfit are keen to bring the Brazilian back to the Estadio do Dragao, where Anderson spent just one season but impressed one and all. Porto sold him to United for a huge fee believed to be around £27.5 million, but will not get him back for a very cheap amount.

Sporting are also said to be interested in signing the 26 year-old, and have reportedly offered £5.5 million, according to the Daily Express. The midfielder made only 8 appearances for the Red Devils last season, and has only appeared 104 times in the league in 7 seasons, often off the bench.

Anderson is clearly not a part of new manager Louis Van Gaal’s plans, and it is the best interests of both parties that he moves to a new club.