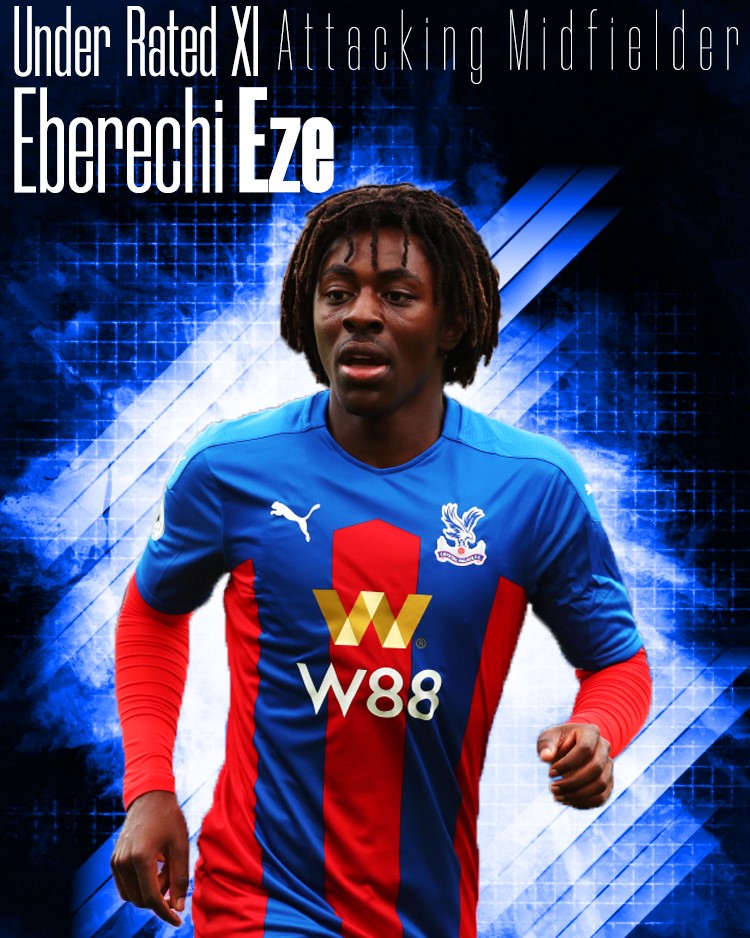 22-year-old Eberechi Eze has been one of the standout performers in the Premier League this season for the hard-working Crystal Palace.

In spite of his young age, Eze is a player with substantial experience and has already amassed over 150 career appearances – this an astonishing amount of game time for his age.

Eze’s experiences with his former team Queens Park Rangers in the Championship have really shaped him, with the London-born midfielder boasting all the physical requirements needed to excel in the Premier League.

You could argue that Eze is leading the next wave of exciting young English talent, and yet astonishingly he’s underrated.

While other young English players such as Phil Foden and Curtis Jones are getting the praise and recognition they deserve, Eze isn’t and is worthy of inclusion in this team.

It Eze can continue to impress he may be an outsider for a call up to the England squad for the upcoming European Championships, in spite of strong competition in the number 10 role.

With the amount of experience Eze has for his age, he’s a rare breed of player that boasts huge amounts of potential and experience respectively and you can envisage him playing for one of England’s biggest teams in the not so distant future.

Eze doesn’t look out of place in the Premier League and is already lighting up the League, and yet he’s been severely overlooked by media and deserves more recognition for his excellence in the early years of his very exciting career.

This however bodes well for Roy Hogdson with one of his star players going very much under the radar in spite of sparkling significantly at Selhurst Park and offers the Eagles more of a chance of keeping Eze in South London for an elongated period of time.