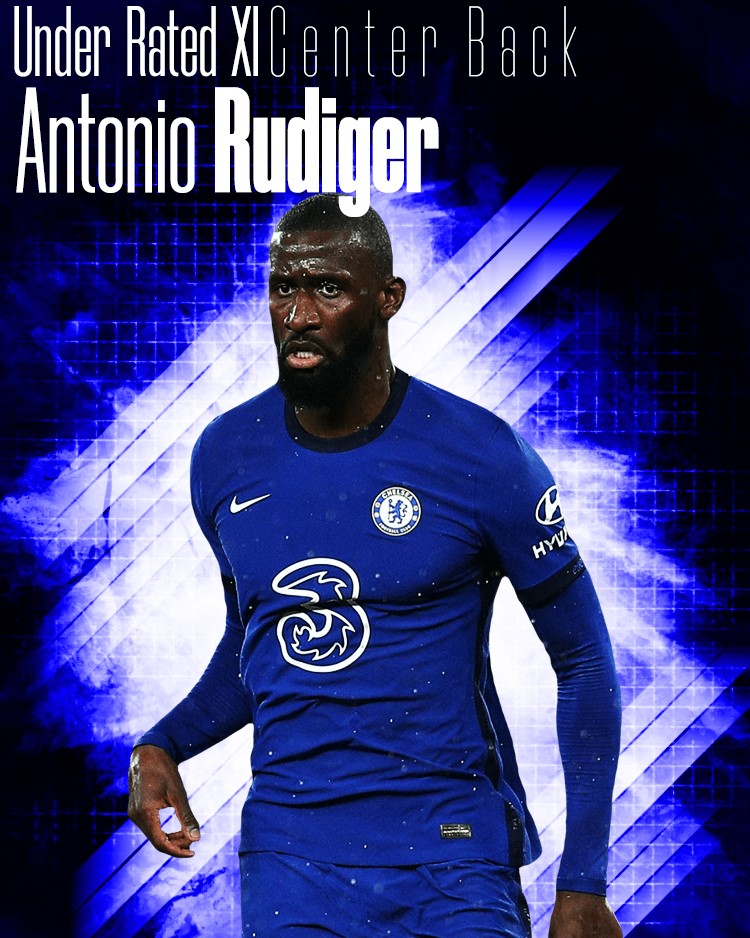 With over a century of appearances in all competitions, German defender Antonio Rudiger is now an established part of the Chelsea squad and could prove to be a crucial player in the reign of the new boss and fellow countryman Thomas Tuchel.

The 27-year-old German centre back arrived in West London in 2017 and has never looked out of place for the Blues.

In fact, Rüdiger has proven himself to be one of the most consistent defenders in the league and has established himself as a reliable first-team regular at Chelsea.

While a lot of centre backs get the credit they deserve in the Premier League I feel that Rüdiger very much like our last selection Ezri Konsa does not and should receive more praise for his service to the Blues.

With 37 caps for Germany, the defender has established himself at the international level as well, and if can keep injuries at bay it’s almost certain that he will play a part in Joachim Löw’s side for the Euros this summer, potentially even as a starter.

With Thomas Tuchel now in charge at Chelsea, the West London side appear to be putting a good run of form together and second place is now very much a possibility for them come the summer.

As Tuchel learns more about his Chelsea side he’ll learn about the importance of Rüdiger, who offers consistency to the Chelsea backline.

It seems surprising now to think that there were question marks surrounding the fee Chelsea paid for Rudiger, as he’s proven to be great value for the £29 million, that the Blues spent on him particularly when you consider some of their big-money sprees on players over recent years.

Rudiger is currently playing with a couple of big incentives on offer, the first is to establish himself as a key player under Thomas Tuchel so he can feature prominently in the West London side’s run-in in both the Premier League and Champions League.

The second incentive is to ensure he receives a call up to the Euros for Germany, who will be bidding for their first European title since 1996.

With a big handful of months coming up for Rudiger, keep an eye out for the defender who in spite of all his consistency is constantly overlooked by the media. If the towering German centre back can continue to put in excellent displays he will surely start to get the credit he deserves, but for the moment it’s quite clear he’s underrated.