Russia-Ukraine latest: Brazilian footballers could be loaned out from Ukrainian clubs 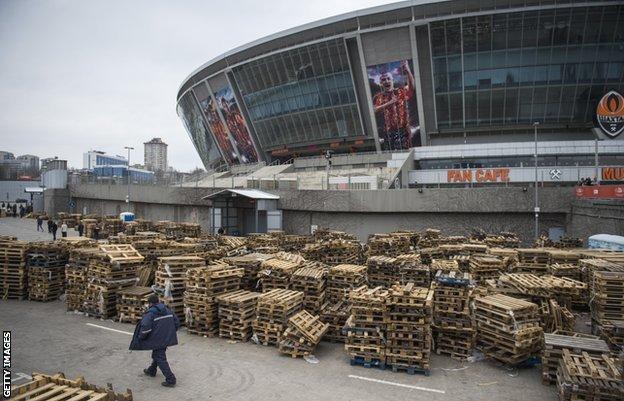 Due to the war in Ukraine, the domestic championship has been suspended with many of the Brazilian players completely free

Due to the war in Ukraine, the local championship is suspended until further notice. Brazilian clubs would like to “take advantage” of this and plan to repatriate their many compatriots present in the war-torn country.

The world of football can be terribly cynical, with loads of examples to prove this statement. The war in Ukraine may well offer us a new example. While the local championship has been suspended since the start of the Russian invasion until further notice, many stars find themselves unable to exercise their profession on a daily basis.

And that has given some ideas to some teams who need some reinforcements. Brazilian clubs, for which the transfer window is still open until April, would very much like to seize this “opportunity” to bring back, if only temporarily, certain players who are out in the cold in Ukraine.

UOL Esporte openly explained this on Tuesday. With a first concrete example. Botafogo, promoted to Brazilian Serie A, have positioned themselves with representatives of Pedrinho (23), a young midfielder from Shakhtar Donetsk, to welcome him in the coming days.

Speaking with Globoesporte, the president of Sao Paulo, Carlos Belmonte publicly admitted that he had called David Neres (24), freshly arrived in Donestk during the winter transfer window from Ajax against a check for 14 million euros. Belmonte says that the doors of the Paulista club, where he studied the art of playing the game, were wide open to him if he wished.

However, Brazilian clubs are still awaiting a final decision from FIFA on whether these players can be loaned out due to the conflict in Ukraine. There is also the possibility of releasing them from their contracts.

In the meantime, a lot of Brazilian teams are looking at low-cost options in Ukraine. Clearly, misfortune can be a source of profit for some.