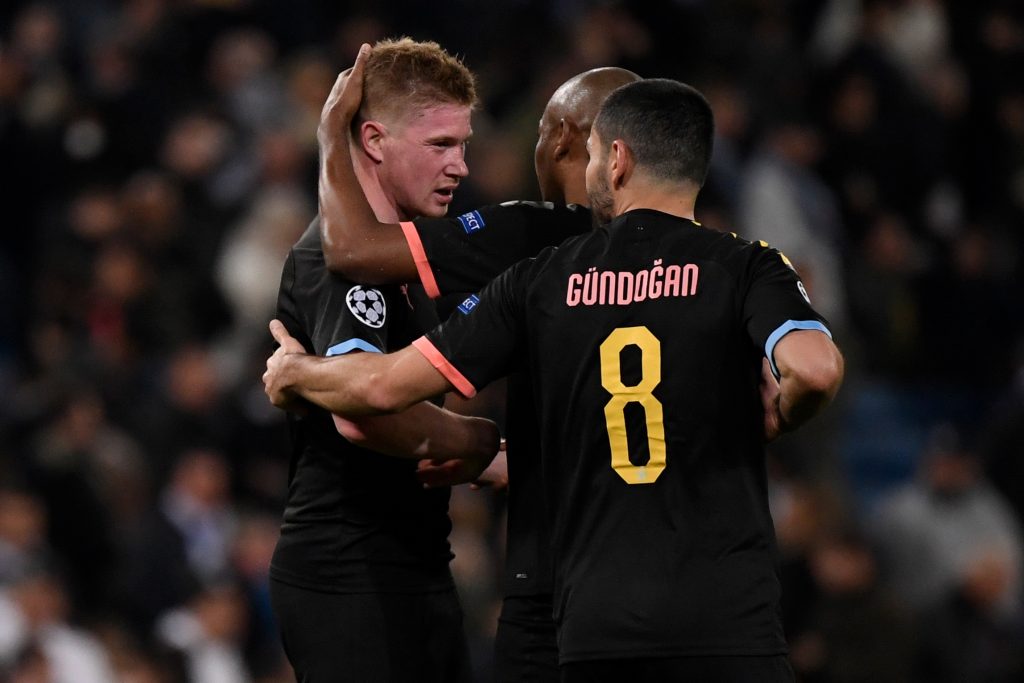 UEFA’s proposal to change the format of this season’s Champions League could be an exciting development for football fans.

The governing body is considering playing the quarter-final ties on a single-legged basis, with the winners progressing to a ‘Final Four’ tournament in Istanbul.

A final decision will be made during June, although the outstanding round of 16 ties will have to be completed for the proposal to become a reality.

Read on as we bring you our Champions League predictions for how we think the remaining four second leg fixtures will play out.

City in good shape against Madrid

City are the current favourites to win the Champions League and should at least make it through to the quarter-finals.

Pep Guardiola’s side recovered from a goal down in the first leg in Spain to win 2-1 and should complete the job back on home soil.

It would certainly be foolish to write off the La Liga outfit given that they have won nine of their last 11 Champions League matches on the road.

However, with the threat of being banned from Europe for the next two years hanging over them, City will undoubtedly be out to prove a point against Madrid.

Barca on course to make progress

Barcelona looked laboured in the first leg of their tie against Napoli and will need to play much better if they are to come out on top in the reverse fixture.

Antoine Griezmann grabbed what could prove to be a crucial away goal and Barca are likely to be too strong at the Nou Camp.

They haven’t lost a home game in the Champions League since 2013, while Napoli have won just one of their last nine away fixtures in this competition.

Barca will come out firing in the second leg and a two or three goal victory could be on the cards in this one.

Chelsea on the ropes against Bayern

Chelsea’s limitations were exposed by Bayern Munich in the first leg, with the German champions romping to a 3-0 win at Stamford Bridge.

The Blues look to have fallen quite a way behind Europe’s top clubs and their interest in the competition is fully expected to end in Munich.

Bayern were unbeaten at home during the group stage and should possess far too much firepower for Frank Lampard’s team.

Another 3-0 success for Bayern is not beyond the realms of possibility to keep them on track to reach the final of the competition.

Juve with work to do

Top tipster Aigar Shilvan predicted the first leg would be a low-scoring game and he was bang on the money as Lyon secured a shock 1-0 victory.

Despite that defeat, Juve remain amongst the favourites to win the Champions League and they should have enough about them to overcome the deficit.

Cristiano Ronaldo should be particularly fired up, having missed numerous opportunities to bag an away goal in the first leg.

With the Ligue 1 season now over fitness could be an issue for Lyon and Juve are fully expected to progress to the last eight.