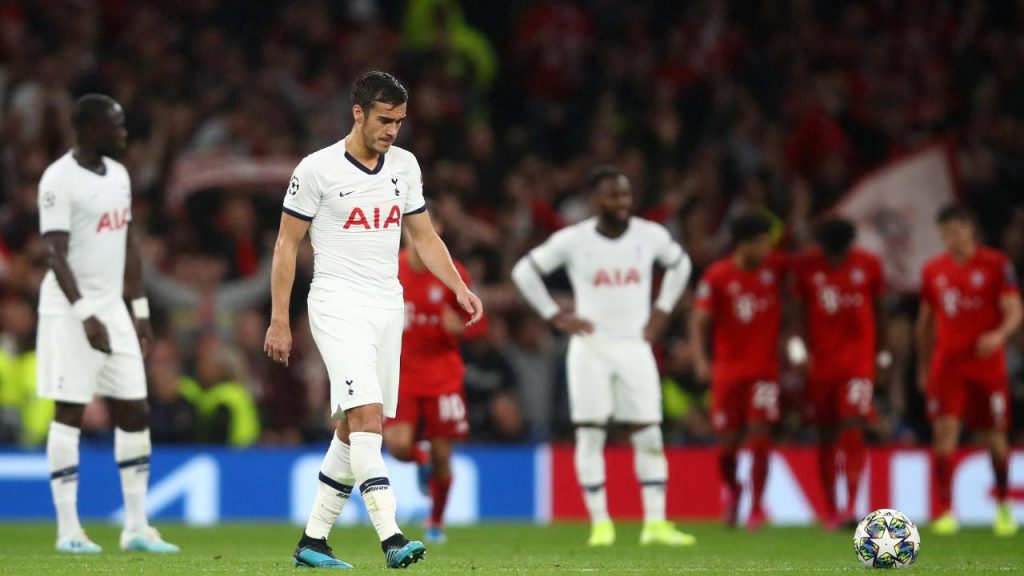 With the return of club football, the UEFA Champions League is also back with what assures to be another jam-packed week of action involving some of Europe’s very best.

As everyone starts amplifying their acceleration for sealing a place into the knockout rounds, the Premier League sides find themselves having to deal with different challenges in mid-week.

Tottenham Hotspur had a nightmare in their last game, getting thrashed 2-7 at their own home to a destructive Bayern Munich side earlier this month. With Hugo Lloris set to be out for the rest of 2019, new-signing Michael Vorm’s been trusted to save their shaky defence.

He touted the corresponding 3-0 thrashing to Brighton Hove & Albion as no “freak result”, showcasing signs of a breaking partnership after five years at helm.

The Lily Whites now host Red Star Belgrade, who are ironically ahead of them in the group. The Champions League betting online reflects the severity of the task facing the Londoners, and a win is critical for last season’s runners-up to keep their knockout dreams alive.

Poch will trust on captain Harry Kane to bring his solid national team form to bring his side together and break apart Belgrade. Spurs have enough firepower to penetrate their defence, but must be agile defensively to avoid another upset.

Chelsea visit last season’s semi-finalists Ajax and themselves need a positive result in order to keep the gap close in the group. Frank Lampard’s side seems to have found their rhythm, destroying defences with some slick, attacking football from their own.

Indeed, with Tammy Abraham, Mason Mount, Callum Hudson-Odoi and co flying on all cylinders, they’ll look to take a page out of Spurs book to get a win from the Johan Cruyff Arena.

However, the Dutch giants have maintained their dominance from last season despite losing key individuals. Erik ten Hag’s unique “total football” can surely run rings around the Blues, who must maintain utmost concentration to not getting lured into mistakes by Ajax’s possession-based style.

Premier League leaders Liverpool avoided an upset from a spirited RB Salzburg side a few weeks ago, but still have mountains to climb in order to win their group.

After a possibly gruelling derby against Manchester United, Jurgen Klopp will probably make changes against a lowly Genk side. Regardless, the European Champions have enough finesse to blow away the Belgian side with their fiery “heavy-metal” style.

Manchester City have lost their way into the league race, with a sloppy backline holding back Pep Guardiola from maintaining a trifecta of dominant seasons.

They face an unpredictable Atalanta side, who with a bombastic attacking combination of Duvan Zapata, Josep Ilicic and Alejandro “Papu” Gomez will definitely take their chances against the vulnerable City defence.

If Wolves can defeat them at the Etihad, Gian Piero Gasperini’s men have enough ruthlessness in them to repeat that. However, with City acting like a wounded tiger now, their world-class attack should mount more pain on the winless Italian side.