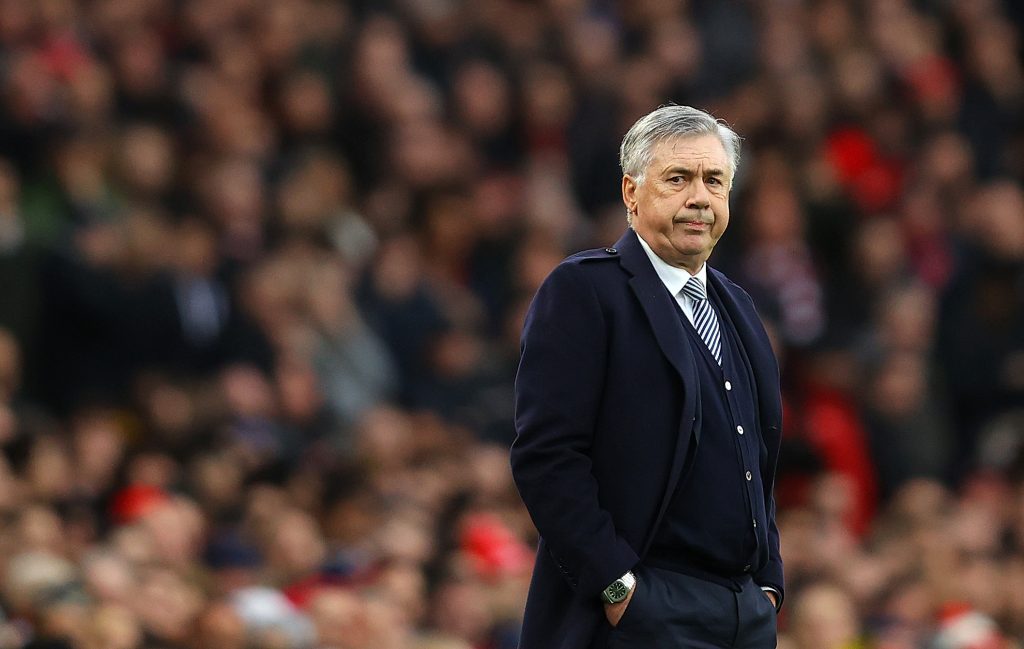 Everton fought bravely but in the end they were beaten by a better attacking side. While Arsenal’s attacking prowess is something to be admired, one can’t help but feel Everton have let themselves down with some silly defending.

Djibril Sidibe had a poor game, but they got assistance from midfield or the attacking players ahead of him, as the Gunners came from behind to seal a 3-2 win at the Emirates.

Speaking after the game, Carlo Ancelotti was very disappointed by his team’s defensive effort. The Italian is happy with his side’s offensive approach, but he didn’t mince his words while describing the defensive effort.

Many Everton fans have taken to social networking site Twitter to express their reaction to Ancelotti’s comments, and the feedback is quite positive.

I will trust this man will lead us forward. He has the vision. He has the nous. He has the know-how.
He will need players. Only he knows how many. He will mold them into winners!
But we have “The Manager” we need. COYB! UTFT!

good game by everton, ancelotti will be dangerous next year

He's right but our defence has little or no protection from our so called midfielders, only Gomes can take credit as a midfielder the other 3 are frauds

Get a better defender to pair up with mason Holgate

Everton fans do realise that Ancelotti has transformed the team completely, and the results will only improve once he brings in the right profile of players at the club.

Despite the defeat, Ancelotti felt that his side is heading in the right direction. Everton find themselves 11th in the table, and Ancelotti has insisted that the team learn from the mistakes.