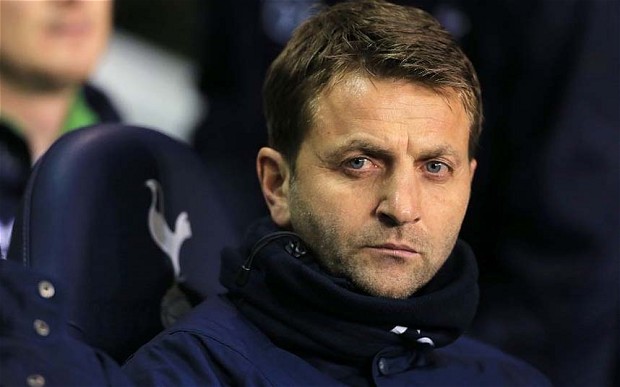 So, an increasingly irrelevant manager (Harry Redknapp) resigns from your football club (Queens Park Rangers) amid a confusing set of circumstances (health or towel-tossing), and the stars align to sit Tim Sherwood in pole position (many bookmakers offerings suggest it would be more lucrative for the avid punter to bet on Tiger Woods bagging another golf major than against Sherwood becoming QPR manager) for becoming your next manager right in the middle of a tight relegation battle worth millions to the club’s businessmen, but more importantly, the pride of your loyal supporters.  Would you be happy with Tim?

Following a quietly impressive playing career, Sherwood entered the coaching stratosphere, most notably with Tottenham Hotspur in 2008 for five years before being given the opportunity of taking lead duties in the dugout at Spurs in December 2013…and sacked 5 months later in May 2014 by the Spurs Chairman, Daniel Levy!  Admittedly Levy is one of football’s most decisive businessmen, and not one to allow sentimentality, Sherwood having playing and coaching ties to the club, get in the way of good business sense, but this is the total sum of Sherwood’s managerial experience…5 months bringing a haul of 14 wins from 28 games.

At 45 years old, age is not a concern.  Indeed, 45 may be seen as a little old compared to the most recent appointments pattern in Europe over the past 5-10 years.  Experience is the concern.  Especially when high pressure is concerned, experience is everything.  There is a valid argument that the lower end of the table provides the greater excitement every year than the top end, and this excitement transpires into greater pressure and stress for those involved.

Yet, even the greatest experience of Harry’s +30 year managerial career could not bring in the necessary reinforcements in January.  Although the January transfer window is not the time to find value, it is the time to identify your club’s current weaknesses and find a spark that may alter the decline.  That is what clubs want in January, a spark.  It may be a creative spark, or it may be a defensive spark.  Either way, the spark will change current behaviour, in the relative capacity, for the better.   QPR have not made the investment, they have not brought in any potential outside spark, despite their supposedly vast efforts, therefore the onus lies on the management team to create a spark from within the current squad.

Over the course of the 2014/15 EPL season, there have been 4 (if you include Crystal Palace split from Tony Pulis on the eve of the campaign) managerial changes, all of which have led to the touting of Tim Sherwood for the role.  None of these have deemed Sherwood fit for the cause.  Of course, there is the possibility that Sherwood may have made the decision not to take up a position himself, but a man this keen to stay relevant in top level English football (and the more games you take charge of, the more relevant you are, never mind the team) would not make those decisions in my opinion.

QPR have lost 11 away games from 11.  This is their problem.  They have the league’s leading English scorer in their ranks, with more home goals (18) than Liverpool (17).  Although that can be improved, it is defence that is their problem, shown by the league’s poorest defensive away record of conceding 27 in 11 games.  When proven managers such as Steve Bruce, Ray Wilkins, Steve McLaren and Michael Laudrup may be possible appointments for the role, would you want a rookie manager of 5 months managing experience such as Tim Sherwood at the helm of your relegation-threatened team?  I would think very carefully about it.  There are ways to learn the trade, and times when an inexperienced manager should be brought into a club to revitalise the whole project…but this is not one of them.