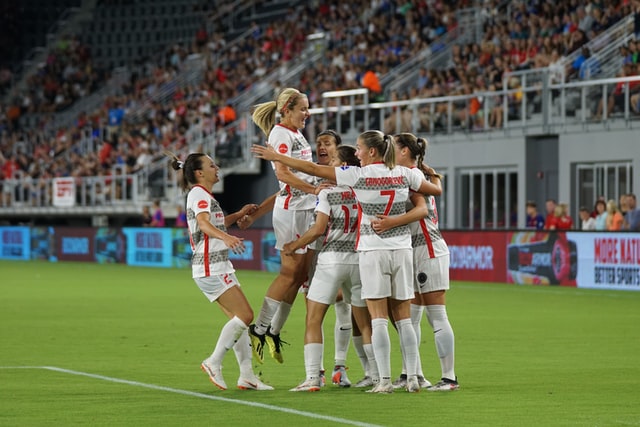 Women’s football has progressed by leaps and bounds in the last few years. This development has been reflected in the women’s transfer market. According to the numbers showcased by SportsLens.com, the number of international transfers in women’s football increased by 26% in 2021.

Number of transfers increased by 87% since 2018

As per the data available at FIFA TMS, a total of 1304 international transfers took place in women’s football in 2021. This figure indicates a 26% increase in the transfer market size from 2020 and an 87% increase from 2018.

The last few years have been quite significant for women’s football. Top leagues like WSL have registered their presence in the consciousness of football fans. Furthermore, the recent TV deals between the FA WSL and Sky Sports/BBC have pushed women’s football into the limelight. The recent developments have definitely had a positive impact, and these transfer numbers confirm the same.

In fact, the increase in the number of transfers is also significant as COVID-19 has curtailed activities in the men’s transfer market for the last two years. It wouldn’t be wrong to say that the increase could have been even more significant if not for the impact of the pandemic.

Amount of money spent on transfers increased by 75% in 2021 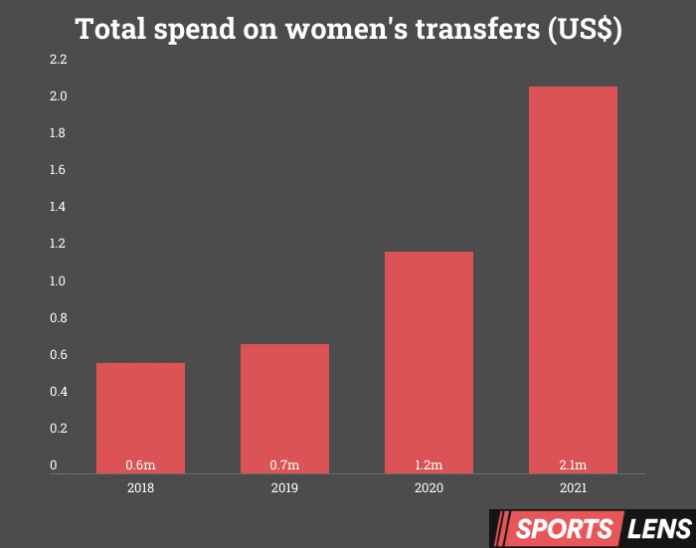 However, in comparison to men’s football, these figures are insignificant. There is a long way to go for women’s football, but it can’t be denied that it’s headed in the right direction.

Vyom Chaudhary, an editor at SportsLens, commented: “We see that the majority of transfers that takes place in women’s football are free transfers, and clubs prefer to sign players upon expiration of their existing contracts. Furthermore, the length of contracts being offered to women’s players are significantly shorter than what is the norm in men’s football. Hence, the power resides more with clubs than players. However, the situation is improving, and women’s football has a bright future.”