Cash-strapped, poverty-stricken Real Madrid (yes, the very same side that spent over £200 million pounds on transfer fees last summer) have apparently baulked at the exorbitant price tag Liverpool have slapped on Steven Gerrard‘s head and requested that they be allowed to pinch the influential midfielder on the cheap – the cheeky sods!

Real Madrid have asked Liverpool to lower their £30 million valuation of Steven Gerrard, as the La Liga giants continue in their attempt to wrap up a move for the 30-year-old midfielder.

Real are reportedly not willing to part with much more than the £20 million they value Gerrard at, although the England captain seems to think that a compromise is within reach – allegedly telling Spanish press;

“It is possible that I’ll be in Madrid next season. I’m aware of the club’s offer so maybe we’ll see each other in Madrid. I can’t say anymore.

I’m just concentrating on the World Cup. My agent is looking after it all.”

Should their deal for Gerrard fall through, Real have apparently lined up an alternative target in the guise of Roma’s Daniele De Rossi. (Daily Mail)

Valencia winger David Silva has told the Spanish press that ‘the Premier League is the place to be’ and that ‘Chelsea would be a great club to play for’. Make of that what you will. (Guardian)

Arsenal are not expecting another bid from Barcelona for captain ‘Cesc Fabregas until Thursday and will reject the offer as soon as it is made. (Goal)

Gunners boss Arsene Wenger has confirmed that the club have made a concrete offer for Lorient defender Laurent Koscielny and expect to wrap up a deal for the 24-year-old centre-back within the next few weeks. (Sky Sports)

Villa themselves are hoping to pip Bolton to the signing of Martin Petrov (who is a free-agent after being released by Manchester City) despite the Bulgarian winger already holding ‘advanced talks’ with the Trotters. (Mail)

Birmingham City have renewed their interest in signing Fulham duo Bobby Zamora and Paul Konchesky, but it would appear that both players are on the verge of being offered new deals at Craven Cottage. (Mail)

Wolves have officially confirmed the £3 million signing of midfielder Stephen Hunt from Hull City on a three-year deal. (Wolves.co.uk) 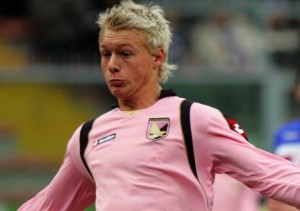 Inter Milan are chasing Palermo’s highly-rated Danish defender Simon Kjaer, but the 21-year-old is keen to honour his contract with the Rosanero – which runs until 2013. (Spox)

Inter are also weighing up a move for Galatasaray’s Brazilian international midfielder Elano, who may be available for as little as €5 million. (SportItalia)

Representatives of AC Milan have flown to South Africa to discuss a €12 million move for Sporting Lisbon midfielder Miguel Veloso, who is currently on World Cup duty with Portugal. (Il Corriere Dello Sport) 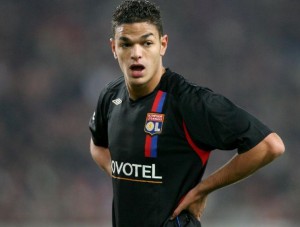 Real Madrid may make a shock move for Marseille winger Hatem Ben Arfa should their negotiations with Benfica for Angel Di Maria fall through. (L’Equipe) 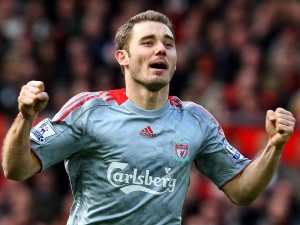 Marseille are poised to sign Fabio Aurelio on a free-transfer after the Brazilian left-back was released by Liverpool at the end of the domestic season. (Football Press)

Jean Makoun looks set to leave Lyon over the summer, with Juventus and Barcelona both reportedly interested in the Cameroonian midfielder. (Le Parisien)

However, one player who is likely to remain with Lyon next season is Ghanaian defender John Mensah, who spent the second half of last season on loan at Sunderland. (Journal)