The new week has brought with it a flurry of fresh transfer rumours, some perfectly feasible, some a little dubious and some completely and utterly nonsensical! Brilliant!

It seems that the relentless speculation surrounding the future of Cesc Fabregas is showing no sign of dying down whilst the Spaniard represents his country at the World Cup – with Real Madrid now apparently set to enter the race to sign the Arsenal talisman.

I was wondering how long this would take. Real Madrid are reportedly preparing a £40 million bid for Arsenal captain Cesc Fabregas, with designs on sabotaging their bitter rivals Barcelona’s attempts to sign the 23-year-old midfielder. (FootyLatest)

However, according to a poll conducted by MARCA, Liverpool (and now England) skipper Steven Gerrard is the Madridista’s preferred transfer target. (MARCA)

Meanwhile, Arsenal have told Barcelona that they will have to double their opening £30 million bid if they wish to stand any chance of signing Fabregas. (Daily Mail)

The Catalan giants are also planning to raid Arsenal for their French left-back Gael Clichy, thus straining the relationship between the two clubs even further. (Daily Mirror)

Arsenal have put together an offer worth £16 million for CSKA Moscow’s highly-rated Serbian winger Milos Krasic, who has also caught the eye of Liverpool and Manchester United. (World Football)

City themselves have returned with a £27 million for Aston Villa midfielder James Milner, but Villa are holding out for their full asking price of £30 million. (Daily Star)

Chelsea legend Marcel Desailly has told England winger Joe Cole that he would be better off joining Manchester United than Arsenal. (Four-Four-Two)

Wolfsburg will attempt to make Dimitar Berbatov their first major signing of the summer, and will open talks with Manchester United over a €20 million move for the Bulgarian during the coming weeks. (Footy Latest)

Tottenham have renewed their interest in Porto striker Radamel Falcao and are in the midst of preparing a £16 million bid for the Colombian hitman. (World Football)

Birmingham have made an improved offer for Palermo forward Fabrizio Miccoli after seeing their initial £3.4 million bid rejected. (Mail) 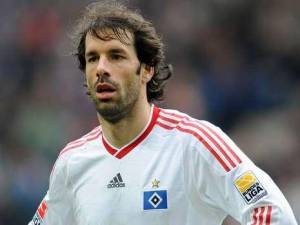 According to his agent, Antonio Caliendo, Juventus striker David Trezeguet is in talks over a move to Atletico Madrid. (Football Press) 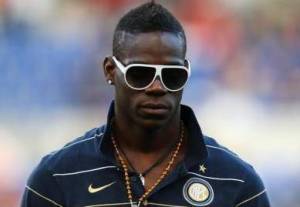 The immediate future of many of Inter Milan’s players has been the subject of near-constant speculation since a certain Portuguese coach departed the Guiseppe Meazza for pastures new, but president Massimo Moratti seems certain that at least two of Inter’s biggest stars will still be donning the famous Nerazzurri next season;

“There’s nothing strange about players asking themselves about their own future after a change of technical guide, but Mario Balotelli has got my trust, as well as all the players which have given us such incredible emotions during last season. Maicon will stay with us too, he does love our colours”. (Il Corriere Dello Sport)

AC Milan and Juventus would both be tempted by a cut price deal for Dimitar Berbatov, however, both clubs have admitted that the Manchester United forward is not one of their top summer transfer targets. (Goal)

Parma are chasing Napoli’s Uruguayan midfielder Mariano Bogliacino, but will face competition from Lazio for the 30-year-old’s signature. (Tutto Mercato)

Roma are planning to sign additional wingbacks and their first target will be Udinese’s Mauricio Isla. The 22-year-old Chilean can also play in midfield. (Calcio News)