Manchester United have found themselves linked with a pair of highly-sought-after Serie A based targets this morning, namely Palermo’s Danish defender Simon Kjaer (there’s that name again!) and Juventus’ Brazilian string-puller Diego.

Meanwhile, Liverpool will seemingly have to gird their loins this summer if they wish to keep hold of their Argentine scrapper Javier Mascherano, who has been linked with a move to rejoin his former manager at Inter yet again this morning.

Manchester United are lining up a £12 million move for Palermo’s highly-rated centre-back Simon Kjaer, who enjoyed another impressive season at the Rosanero last season. The word on the wire is that United have been prompted into bidding for the Dane amidst increasingly prevalent rumours that Serbian hardman Nemanja Vidic will quit the club this summer. (Daily Mail)

Another man being linked with a move to Old Trafford is Juventus’ diminutive playmaker Diego, who has failed to settle convincingly in Italy after enduring an inconsistent debut season in Serie A. (Caught Offside)

After officially being sworn in as Jose Mourinho‘s successor at Inter Milan yesterday, Rafa Benitez has confirmed to the club’s share-holders that he will endeavour to make Liverpool anchor man Javier Mascherano his first signing for the Nerazzurri. (Telegraph)

Arsenal manager Arsene Wenger has told reporters that he ‘likes Joe Cole as a player’ because of the Chelsea man’s ability to ‘create impact through his creative play’, thus fuelling speculation the England winger is set to join Arsenal when his contract at Stamford Bridge expires at the end of the month. (Daily Mirror)

Arsenal are also being linked with a move for Everton’s South African midfielder Steven Pienaar who’s is yet to agree upon a new deal at Goodison, despite his current contract set to expire in twelve months. (Daily Star)

Fulham have told Arsenal that ‘keeper Mark Schwarzer will cost them £3 million. (Mirror)

Chelsea are also set to re-enter the race for Aston Villa’s James Milner, after letting a trio of midfield talent (Ballack, Cole and Belletti) walk out of the club yesterday. (Telegraph)

Tottenham are considering lodging a £10 million bid for West Ham target man Carlton Cole and have made initial enquiries as to the striker’s availability. (Star)

Cash-strapped Hull City have put their entire playing staff up for sale. (Mail) 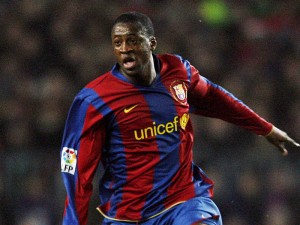 The agent of Barcelona midfielder Yaya Toure has said that the Catalan club’s valuation of his client (€30 million) is far too high, and is scuppering the Ivorian’s chances of a summer departure. (Sport)

Barca have reignited their interest in Ajax forward Luis Suarez, and will make a €25 million offer for the Uruguayan star after the World Cup. (Gori)

Valencia have confirmed the signing of striker Roberto Soldado from Getafe on a four-year deal. (FIFA.com)

Espanyol are close to agreeing a deal with Sampdoria for Lithuanian right-back Marius Stankevicius, who spent the second half of last season on loan at FC Sevilla. (Football Press)

Espanyol are also being linked with a move for Sevilla’s Argentinian midfielder Aldo Duscher, but the 31-year-old is thought to prefer a move back to his homeland. (MARCA)

Speaking of Sevilla, the Rojiblancos are ready to offer their Brazilian striker Luis Fabiano a three-year contract extension in a bid to stave off interest from AC Milan. (Futbol Mundo) 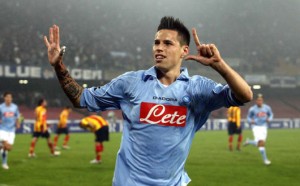 Slovakian midfielder Marek Hamsik, who is a target for Manchester United and Inter Milan amongst others, has declared that ‘his future is with Napoli’. (Ssc Napoli)

Fiorentina are on the verge of tying up a deal for AZ Alkmaar’s Belgian striker Moussa Dembele. (Tutto Mercato) 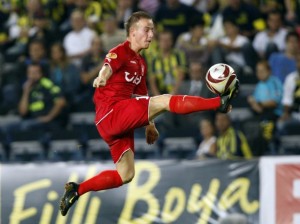