Real Madrid are being linked with a raid on the Premier League for a Liverpool star this morning, although it’s not the one you’re probably thinking of.

New Real coach Jose Mourinho has apparently turned his sights on England’s flying right-back Glen Johnson, after conceding that Inter Milan will not relinquish Maicon without a fight.

Real Madrid have plans to raid Liverpool for one of the few players that did themselves justice last season, namely right-back Glen Johnson. Real coach Jose Mourinho is keen to add another marauding right-back to his squad and, with his former club Inter Milan willing to fight tooth and nail to keep hold of Brazilian Maicon, the ‘Special One’ will move for the £15-million-rated England man instead. (The Sun)

The agent of Barcelona midfielder Yaya Toure has told reporters in Spain that his client will be joining Manchester City ‘very soon’. (Guardian)

Arsenal manager Arsene Wenger has promised that he will buy at least one defender once he returns from South Africa, where he has been covering the World Cup for French television. (Arsenal.com)

One defender who is almost definitely on his way out of the Emirates in Mikael Silvestre. The veteran French centre-back is said to be weighing up offers from CSKA Moscow and Dubai-based club Al-Jazira. (Mail)

Liverpool midfielder Javier Mascherano has confirmed that he is in talks with Inter Milan over a move to the Guiseppe Meazza that would see the Argentine anchor man re-united with his former manager Rafael Benitez. (Sky Sports)

Liverpool ‘keeper Pepe Reina has warned the club that next season could prove to be ‘really tough’ if they fail to keep hold of Fernando Torres and Steven Gerrard. (Guardian)

Aston Villa have made a £6 million bid for Fiorentina ‘keeper Sebastian Frey. (Sun)

Birmingham City are ready to fend off competition from Villa in the race to sign striker Robbie Keane from Tottenham. (Daily Mirror)

Sunderland are close to wrapping up a £6 million deal for German international defender Heiko Westermann. (Mail)

Bolton and Celtic are competing to sign Brazilian striker Ilan, who is a free-agent after being released by West Ham. (Mail) 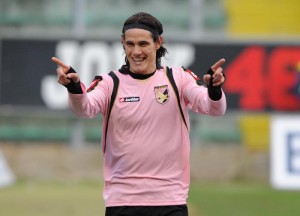 Palermo’s sporting director Walter Sabatini has revealed that Edinson Cavani will be leaving the Rosanero this summer. Sabatini told reporters in Italy that Cavani is ‘on the way out’ of the club in search of a fresh challenge and that the Uruguayan forward is ‘in negotiations with Wolfsburg and two other clubs’. (Football Italia) 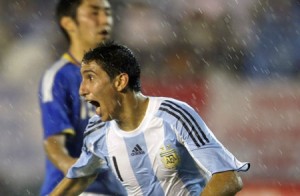 Real Madrid hope to complete a €25 million deal for Benfica winger Angel Di Maria within the next few days. The Argentinian starlet will move to the Bernabeu after the World Cup. (Soccer Spain)

In further Real news, Los Blancos have officially put Karim Benzema up for sale and offered the French striker to a clutch of Premier League teams. (Mundo Futbol) 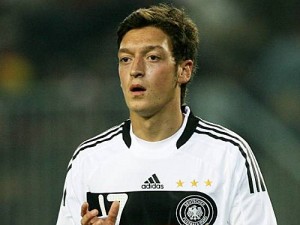 Chelsea have put together a package worth €22 million for Germany star Mesut Ozil, and will submit their offer to Werder Bremen after the World Cup. (Daily Mail)

Bayern Munich have released Italian striker Luca Toni, who spent the second-half of last season on loan at Roma after falling down the pecking order at the Allianz Arena. (Bild)