Chelsea are featuring heavily in the gossip columns this morning, with the news that a couple of their highest-profile players are almost certain to be ushered out of Stamford Bridge this summer after failing to sway owner Roman Abramovich with their hard-ball contract demands.

Here’s the best of today’s rumour-tism…

Chelsea have decided to put a definitive end to months of contract wrangling by releasing both Joe Cole and Michael Ballack on free transfers. The club were not prepared to meet Cole’s exorbitant wage demands and have since withdrawn their offer of a new contract – leaving the England winger free to join either Arsenal, Tottenham, Manchester United or Liverpool. (Independent)

Ballack may be a surprise target for new Real Madrid manager Jose Mourinho, who worked with the veteran German midfielder during his time at Stamford Bridge. (Daily Mail)

However, one man who may be joining Chelsea during the summer is Bayern Munich’s £25-million-rated midfield maestro Bastian Schweinsteiger, with coach Carlo Ancelotti keen to replace Ballack with the man who will take his place in the national side this summer. (Daily Mirror)

Greek side Panathinaikos are the latest club to be linked with a move for Arsenal contract rebel William Gallas. (Mirror)

Robinho‘s representatives will officially tell Manchester City that the Brazilian winger has no intention of returning to the club whilst current manager Roberto Mancini is still in charge. (Mail)

After being released by Manchester City yesterday, it seems Martin Petrov is going to have no trouble finding a new employer. Aston Villa, Everton, Stoke, Bolton and West Ham have all reportedly already contacted the Bulgarian winger with offers. (Mirror)

The agent of Juventus striker Vincenzo Iaquinta has revealed that his client will be joining Tottenham after the World Cup. (The Sun)

West Ham co-owner David Gold has admitted that ‘keeper Rob Green is ‘up for grabs’ this summer. The England stopper’s contract expires next year and Gold has revealed that the Hammers do not plan to re-negotiate Green’s deal. (Sun)

West Ham have had a £2 million bid for defender Onyekachi Apam rejected by Nice. (The Times)

Fulham have signed Phillipe Senderos on a free transfer. The Swiss international has joined the Cottagers on a three-year deal. (BBC Sport)

Fulham are also close to tying up an £8 million deal to bring Standard Liege striker Dieumerci Mbokani to the Premier League. (Mail)

Blackburn and Sunderland are going head-to-head in the race to sign Stoke outcast Tuncay Sanli. (Mirror) 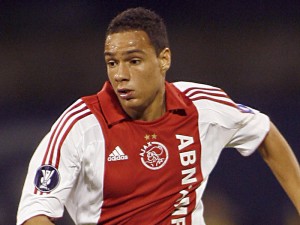 Barcelona striker Thierry Henry is on the verge of completing a move to the MLS with New York Red Bulls. (Star)

Barca are close to wrapping up a €12 million deal for Seville’s 20-year-old left-back Cala. (World Football)

In further Barca news, club president Joan Laporta has been quoted as saying his is ‘totally sure’ that the Catalan giants will sign Cesc Fabregas this summer. (Mirror) 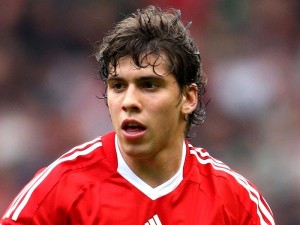 Fiorentina have made a £3.5 million bid for Liverpool’s 21-year-old Argentinian left-back Emiliano Insua (Mail) are also being linked with a €13 million move for for Villarreal forward Guiseppe Rossi. (Goal)

However, La Viola look set to miss out on Toulouse midfielder Moussa Sissoko, who has stated that he would prefer to join Lyon. (Football Press)

Palermo are chasing French international defender Francois Clerc, whose contract with Lyon expires at the end of the season. (Football Italia) 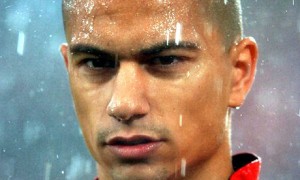 Hamburger SV are apparently heading the queue in the race to sign Udinese midfielder Gokhan Inler – with Palermo, Fiorentina and Napoli making up the chasing pack.

Another man who received the axe at Manchester City yesterday, 36-year-old Brazilian left-back Sylvinho, is attracting interest from ‘a couple’ of unnamed Bundesliga sides.