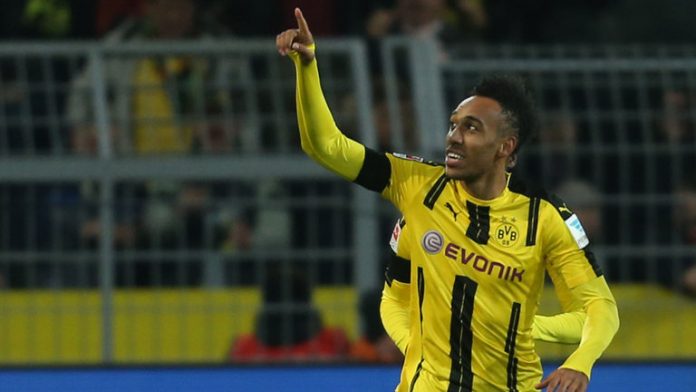 With under a week to go before the January transfer window closes there’s still plenty of time for some major deals to be completed.

Pierre-Emerick Aubameyang, Edin Dzeko and Jean Michael Seri are amongst the players strongly linked to move elsewhere before the end of the month.

Sportslens takes a look at the top transfer rumours doing the rounds.

In what seems to be typical Arsenal fashion, their second bid for striker Pierre-Emerick Aubameyang was rejected by Borussia Dortmund.

The Gunners offered nearly £44 million for the 28-year-old, but that was quickly rejected by the Bundesliga club.

Dortmund are believed to want well over £50 million for Aubameyang and Sky Sports’ pundit Guillem Balague decided it was time to channel his inner Jerry Maguire on Wednesday with this tweet:

Arsenal still confident as they have the player wish (and more) to join them. But they have to keep putting more money on table. As PEA doesnt want to play for Dortmund anymore it makes sense to play with deadline. But… once you are here, you must get the player! https://t.co/H6HhLNnrkG

This one will probably run until next Wednesday and cause Jim White to spontaneously combust on Sky Sports News when the deal is finally confirmed.

Roma have denied they have agreed a deal with Chelsea over the sale of striker Edin Dzeko.

Top Italian journalist Fabrizio Romano claimed the clubs were close to an agreement, but Dzeko’s personal terms are holding up the deal.

? #Dzeko:
Roma and Chelsea are ready for the agreement, that’s not the main problem; but Dzeko doesn’t have an agreement on personal terms yet. Dzeko agents and Chelsea will speake again about the contract. Possible Emerson Palmieri to join Chelsea also without Dzeko deal #CFC

The 31-year-old grabbed a late equaliser for Roma at Sampdoria on Wednesday – a goal that probably added another few zeros to his wage demands.

West Ham are close to completing a loan move for Joao Mario from Inter Milan after the midfielder had a change of heart about heading to England.

The 25-year-old was initially reluctant to join the Hammers, but Gianluca Di Marzio says the the transfer is back on.

The deal will see Mario move to West Ham on loan with an option to make the deal permanent for £26 million in the summer.

Given the way this transfer window has gone, Mario will probably end up failing his medical.

Manchester United are one of a number of clubs chasing Nice midfielder Jean Michael Seri.

Newcastle United have rejected Brighton’s bid for striker Aleksandar Mitrovic and they are ready to break their transfer record for Islam Slimani.

Centre-back Aymeric Laporte has agreed a deal to sign for Manchester City from Athletic Bilbao.

Valencia have joined the list of clubs interested in securing the services of Paris Saint-Germain winger Lucas Moura.