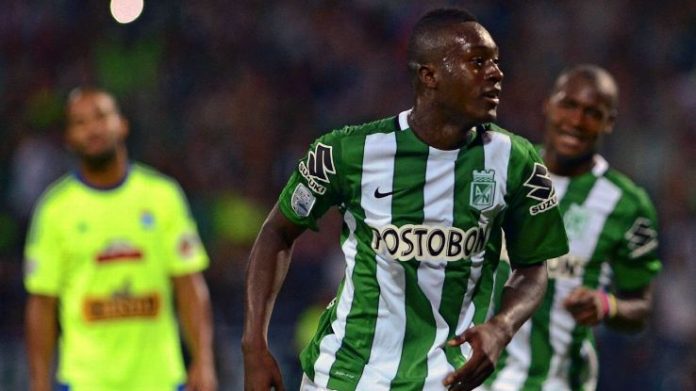 Although the transfer window officially opens on the 1st of July, almost every club has started working on their deals and new signings are being confirmed every day. Here at Soccerlens, in our daily transfer news roundup column, we will bring you some of the latest stories from the last 24 hours.

Manchester City are closing in on the South American winger Marlos Moreno.

The Colombian was a target for Manchester United as well, but City have now agreed a fee with Atletico Nacional for his services.

The 19 year old scored for Colombia in the Copa America this summer and is a target for several European clubs.

It appears that Pep Guardiola’s side have stolen a march on their rivals and are close to completing a deal for the highly rated wide player.

Barcelona have been tracking the player as well and have sent scouts to watch him closely on a few occasions.

The report from Daily Mail claims that Guardiola wants to loan Moreno out to a La Liga team for some experience and development when the transfer is completed in the next few weeks.

Chelsea have failed with a third attempt to sign the Belgian midfielder Radja Nainggolan.

The Roma star has had a very good Euro campaign so far and Conte is determined to sign him for Chelsea.

However, it appears that Roma are not willing to sell him unless the offer is too good to turn down.

The Italian giants have already rejected three bids from Chelsea.

Chelsea are also keeping tabs on Nainggolan’s compatriot Axel Witsel. The player is apparently keen on leaving Zenit this summer.

The Spaniard has been outstanding for Arsenal over the last 12 months and is a target for the Catalan giants.

Although Bellerin has revealed that he is happy at Emirates, it would be tough to turn down his boyhood club and a chance to return to his country.

Dani Alves will play for Juventus next season after having won everything at club level with Barcelona.