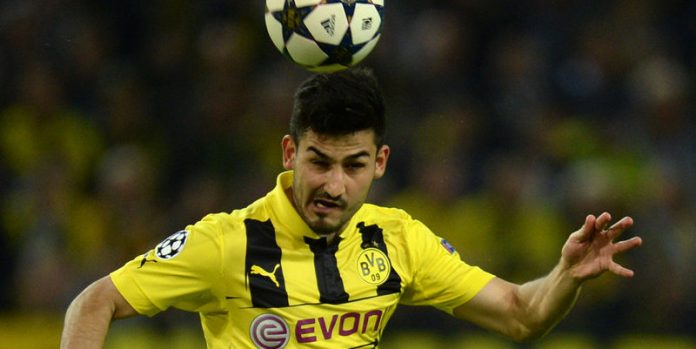 It’s finally happened! The January transfer window burst into life this afternoon with Chelsea confirming the signing of former midfielder Nemanja Matic for a whopping €25m.

The Serbian signed a five-year deal at Stamford Bridge, and will be a huge boost for the club in their quest for silverware this season.

On today’s Transfer Lens, I take a look at trending rumours from both Manchester clubs. See if you agree with me as I attempt to dismantle some more tricky tabloid transfer gossip!

With more flicks in his name than Cristiano Ronaldo can pull of in a five minute stretch, Borussia Dortmund’s İlkay Gündoğan has been the subject of growing speculation this month, with the German midfielder’s current contract set to expire in 2015.

Dortmund have been trying hard to tie the 23-year-old down with a new long-term deal, but according to prominent German newspaper ‘Bild‘, both Manchester United and Real Madrid have lodged offers for the player, with Gündoğan still undecided as to where his future lies.

“I will soon make a decision that will be well considered,” Gündoğan was quoted to have said in Bild,

Check the full story here, which we covered earlier this morning.

Tom’s Verdict: It is abundantly clear that United need midfield reinforcement, and considering the host of names linked with a move to Old Trafford this month, and David Moyes’ globetrotting antics this week, the club are surely moving forward on a number of targets.

Gündoğan would be a sensational signing for Moyes. Still only 23, it is clear that the German has a long and bright career ahead of him. The midfielder is strong with or without the ball, has an excellent reading of the game, has an eye for the spectacular, and is a leader on the pitch.

Moyes should not be in France, or in Italy – he should be sat outside Gündoğan’s Dortmund abode, putting all his focus into persuading the star to come and save his and United’s season.

Manchester City, who look set to sell Joleon Lescott this month (according to the Telegraph), are targeting a big-money swoop for Porto’s young defender Eliaquim Mangala.

French publication L’Equipe claim that City are back in for the 22-year-old, having failed to strike a deal with Porto last summer.

Manchester United and Chelsea have shown an interest in the past, but they along with Manuel Pelegrini’s City are faced with a price tag of £37m, with Porto desperate to hold on to the French centre-back.

Tom’s Verdict: That’s quite a price tag! It’s pretty safe to say that nobody will be paying that, not even mega-bucks Man City!

But Mangala remains one of the brightest defensive prospects in world football, and based on that, should fetch a hefty fee.

City’s defensive problems this season, especially away from home, have been evident. Kompany and Nastasic have been out injured a few times; ‘stop-gap’ centre-back Demichelis will not be around long; and Lescott, as I mentioned before, is set to leave.

If Pelegrini can haggle the price down, Mangala would be a superb summer signing for the club.

What do you think? Should the Manchester clubs go for it? Let me know in the comments below…