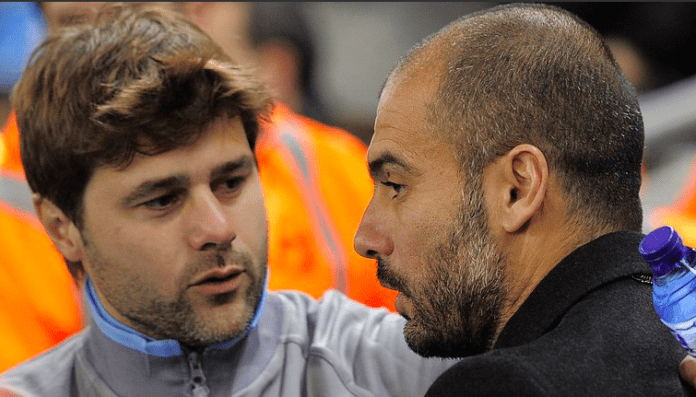 In fact, City could have equalled Spurs’ record of 11 consecutive wins had they won against Celtic in the Champions League on Wednesday, but Brendan Rodgers’ side did the unthinkable and held the City to a 3-3 draw.

Now, the Blue Moon will travel to London and hope they can best Mauricio Pochettino’s impressive side. At Espanyol, Pochettino only one once in 9 games against Guardiola’s Barcelona, but the Premier League is a different game, and the Argentine has a far more even squad with him at the moment.

The South Korean is in incredible form at the moment and has scored three goals in Tottenham’s last two games, delivering crucial away wins at Middlesbrough and CSKA Moscow. Against the Russian side, it was only when Victor Janssen, Spurs current number one striker, was substituted, and Son moved into a central role, that Spurs began to look dangerous. Pochettino might be tempted to use the player in a similar position against City, who defend very high up the pitch. It would also allow the coach to play three attackers behind him in Eriksen, Lamela and Alli and use a midfield double pivot in the heart of the pitch.

Manchester City defender Nicolas Otamendi will have the task of keeping the South Korean international at bay. In the absence of Kompany, the City team has always struggled defensively. However, Pep has managed to make sure this isn’t a problem, which is essential because the Citizens have the attacking power to outscore the opposition in case of stuttering defensively. This, however, won’t be the case against Spurs, and the defence will have to be on top of its game. With young John Stones alongside him, Otamendi will have to lead at the back.

After a high-profile move from Liverpool, Sterling began his Manchester City stint well, but as the season progressed, his performances took a significant dip, and he couldn’t come close to realising his potential. Under Guardiola, Sterling has rediscovered himself and is playing with the confidence that made him such a key player at Liverpool. He has four goals and two assists in six matches in the Premier League. His end product has evidently become better, but Sterling hasn’t lost any of his flair averaging 3.9 successful dribbles every 90 minutes. With Kevin de Bruyne injured, the attacker will have added responsibility for the game and the former QPR winger will have to make sure he can make an impact in this crucial tie.

The task of keeping Sterling’s threat minimal will be with Spurs’ summer signing Victor Wanyama. The 25-year-old has found himself become a first team starter immediately. The London side has the best defence in the league right now, and Wanyama’s performances in the heart of the pitch are central to that. He averages 2.7 tackles and 1.2 interceptions every 90 minutes. He will have to make sure Tottenham dominate the second third of the pitch.

Sergio Aguero has an incredible record against Spurs – 10 goals in 9 games. However, with Spurs’ excellent defensive form of last season, Aguero failed to score in both the home and away games. Certainly, the acquisition of Alderweireld played a part in ensuring Aguero didn’t make the record against Tottenham worse.

Alderweireld is an excellent defender and has done supremely well for Spurs since he gave away a penalty on his debut for the club. After that mistake, the former Atletico Madrid defender has not put a foot wrong. He was a major reason why Pochettino’s side made a title challenge last season, and why they find themselves unbeaten in the league, and with the best defensive record of only conceding three goals in the League so far.

While Alderweireld can boast the record of only conceding once from Aguero in his two seasons in England (Southampton and Spurs), he will be well aware of Aguero’s quality. He knows that the Argentine has the pace to move away from any defender in the league, and the goalscoring prowess to score a goal out of nothing. The Belgian will have to be at his impeccable best to ensure Spurs can hold their own against Pep’s side.