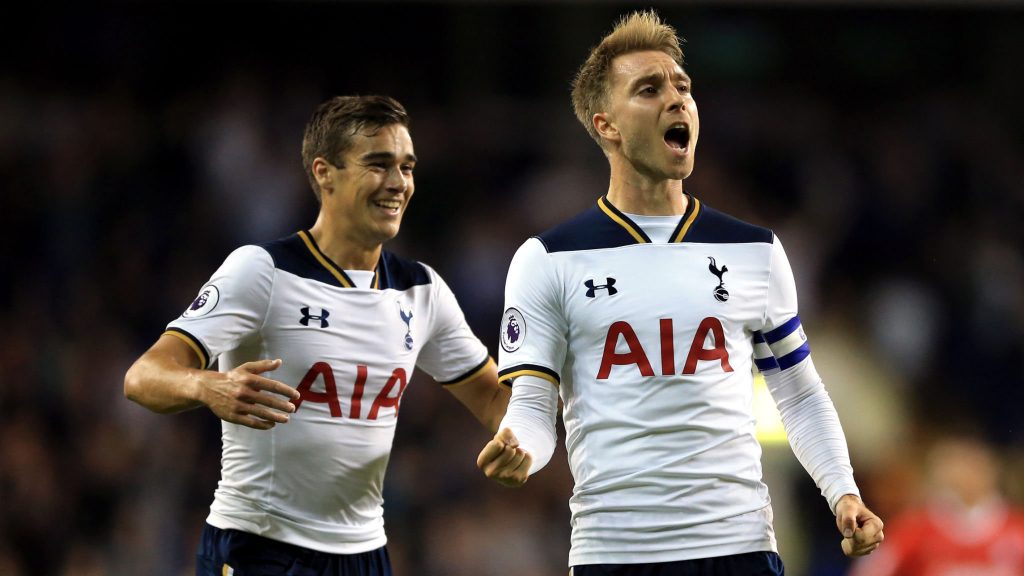 Tottenham Hotspur’s star midfielder Christian Eriksen has revealed that Arsenal legend Dennis Bergkamp is one of the primary reasons for his creative prowess.

Eriksen, as always, has been instrumental for Spurs this season. The Danish international’s performance both in the Premier League and the UEFA Champions League has attracted the praise from fans and media alike. The 25-year-old has registered three goals and two assists in the league this season. His creativity from the middle of the park has certainly caught the eye of many.

Eriksen, a former Ajax prodigy, credits his vision to Bergkamp who was a coach at the Dutch club.

“In my first year at Ajax we had some sessions with Dennis Bergkamp and Wim Jonk,” he told Sky Sports.

“Even then, you could always see Dennis’s charisma and confidence on the ball. He always knew how to take his first touch and where the ball needed to end up afterwards. I learned a lot from watching him and working with him. It helped me when I made it through to the first team.”

Mauricio Pochettino’s men are of course scheduled to play Arsenal at the Emirates this weekend in what is expected to be a thrilling North London Derby.