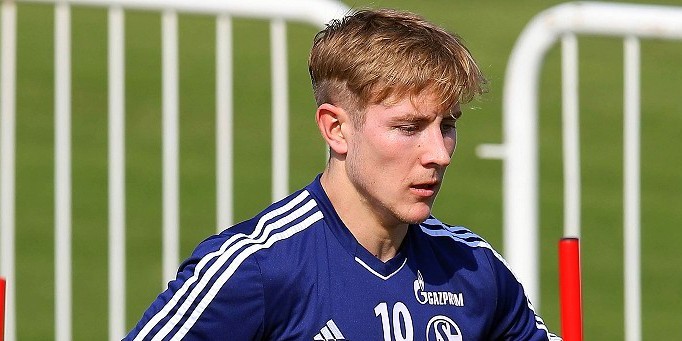 Daniel Levy is the eponym of Genius while dealing with transfer negotiations. He proved yet again of his astounding calibre of pulling rabbit out of hat after Tottenham agreed a deal to sign one of the hot cakes in Europe, Lewis Holtby, in July on a free transfer and subject to medical, beating rivals Arsenal and Liverpool to his signature.

The 22-year-old Schalke 04 midfielder was in his last year of contract and was eligible to sign a pre-contract with any foreign clubs. Both Arsenal and Liverpool have all long coveted the player, but it was Tottenham who pounced on the first opportunity and signed Holtby on a pre-agreement contract.

According to reports from The Times, the self-proclaimed Everton fan has signed a five-year-deal at White Hart Lane and will earn about £80,000 a week.

Holtby started his senior career with Alemannia Aachen in 2007-08, after graduating from the club’s youth academy. He made 33 league appearances in two years, and scored eight goals.

The youngster then joined the Schlake on a four-year-contract where he made 53 league appearances for the club, scoring nine goals. In between, Holtby was loaned out to Bundesliga outfits VfL Bochum & Mainz 05 to get more playing experience.

The midfielder with a moniker “Lucky Lewis” has been drafted in to the Germany national team in 2010, after impressing at the Under 20 World Cup in Egypt. Till date, he has three national caps under his belt.

“We are delighted to announce that we have reached agreement with Germany Under-21 captain Lewis Holtby to join the club in July from Bundesliga side Schalke, subject to a medical.”

With the capture of Holtby, Spurs have now made two signings in the January transfer window, as they signed the former Manchester United and Standard Liège defender Zeki Fryers for a fee of £3 million on Thursday.