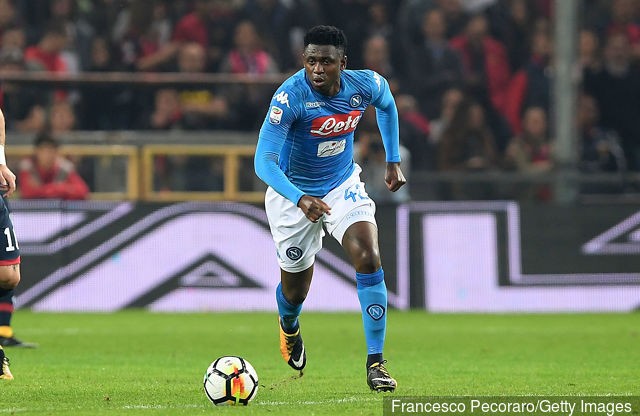 Tottenham Hotspur failed to beat Southampton in their last league game and they need to step up big time to finish in the top four this season.

After 24 league fixtures, Spurs are 5th in the table, two points behind Liverpool. Not to forget, next month, they will collide against reigning Italian champions Juventus in the Champions League Round of 16 tie.

The north Londoners need to improve the quality and depth of their squad this month by signing top stars before the transfer deadline ends and the latest reports are linking them with a certain Napoli player.

According to an exclusive report covered by Calcio Napoli 24, Spurs are ready to move in with an offer worth €38million to sign Guinean defensive midfielder Amadou Diawara from the Serie A club.

The Italian source have mentioned that Argentine boss Mauricio Pochettino is an admirer of the 20-year-old play breaker and Spurs were even linked with him back in November last year. It is further stated that Diwara would cost much more than €38million and Napoli are not ready to let him leave in the middle of the season.

In the current campaign, so far, the African midfielder has featured in eighteen games in all competitions, scored one goal and provided one assist.

Tottenham already have two quality holding midfield stars in the team in the form of England international Eric Dier and Kenyan star Victor Wanyama. In your opinion, do Spurs really need to spend big to lure Amadou Diwara from the current Serie A leaders?