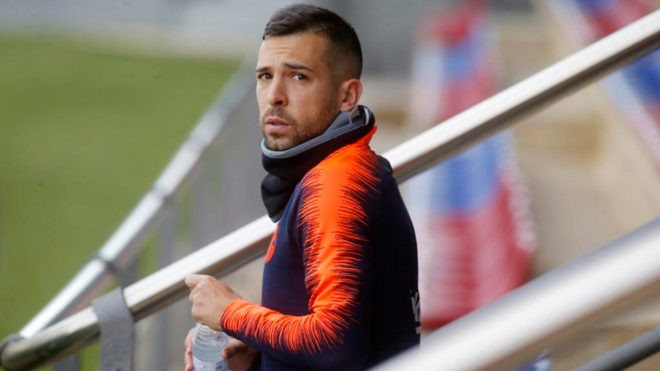 Tottenham are interested in signing the Barcelona left-back Jordi Alba this summer.

As per the reports, Spurs want the Spanish international to replace Danny Rose at the club.

The English left-back is expected to leave the club this summer and he has been linked with a move to Manchester United.

Alba is a world class left back and he would be a solid addition to Pochettino’s back four. However, the move seems very unlikely.

Barcelona wouldn’t want to sell a key player especially with no similar replacements around.

It seems that Alba’s contract situation is fuelling these rumours of a move away from Camp Nou. The 29-year-old Spaniard has two years left on his deal and he hasn’t been offered an extension yet.

It will be interesting to see whether the La Liga champions decide to renew his deal after the World Cup. The player is currently away with his country in Russia.

Alba has a release clause of £132million and Tottenham are certainly not capable of triggering it even if their interest is genuine.