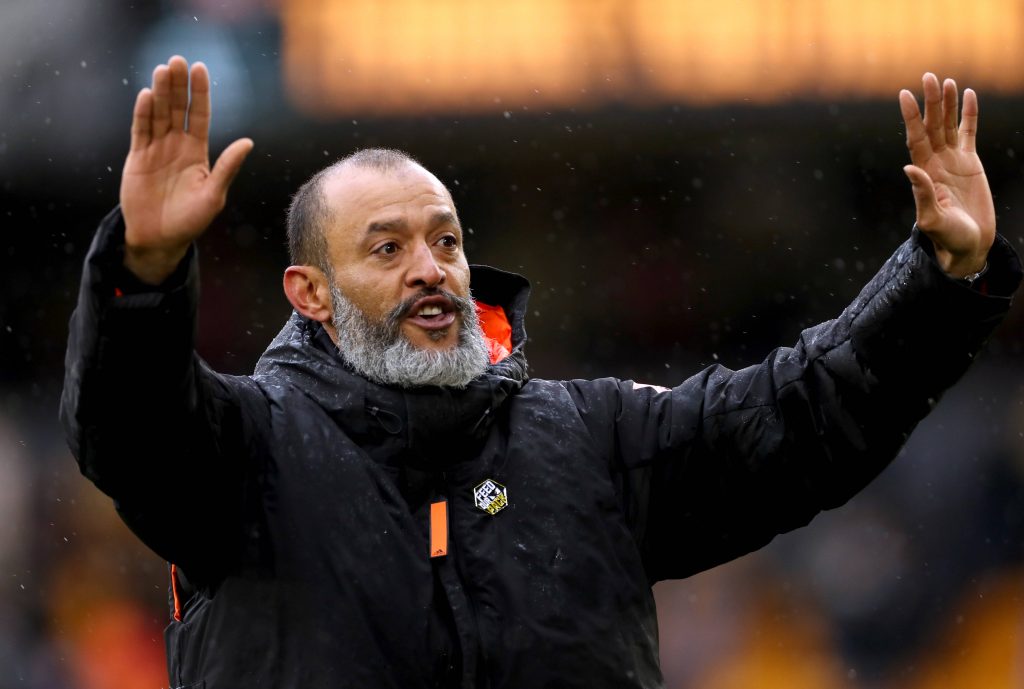 Tottenham Hotspur are still looking for a new manager after pulling out of attempts to appoint Paulo Fonseca and Gennaro Gattuso within the last two days.

Spurs managing director Fabio Paratici will be looking to get his first assignment at N17 right, and it has been suggested a new name could come in the frame for the vacancy.

According to football.london, Paratici is an admirer of Wolverhampton Wanderers boss Nuno Espirito Santo.

The Portuguese is not short of suitors and was in talks with Crystal Palace about replacing Roy Hodgson, but the move fell through.

The Daily Mail’s Dominic King recently reported that he was close to being appointed as Everton’s new manager, but Rafa Benitez is in pole position to be appointed.

Before Paratici’s arrival, Spurs reportedly did not consider Nuno as he did not fit the brief they were looking for.

However, that could all change if the Tottenham chief convinces chairman Daniel Levy to pursue him.

Nuno guided Wolves to Premier League promotion in his debut season at Molineux and led them to back-to-back seventh-place finishes in the top-flight.

He has the experience and tactics to guide Spurs back into the top-four, but Everton are yet to make a final managerial decision and could still be keen on appointing him.

Paratici will have to move quickly if he wants the Portuguese, and the Toffees cannot afford to stall for much longer either.