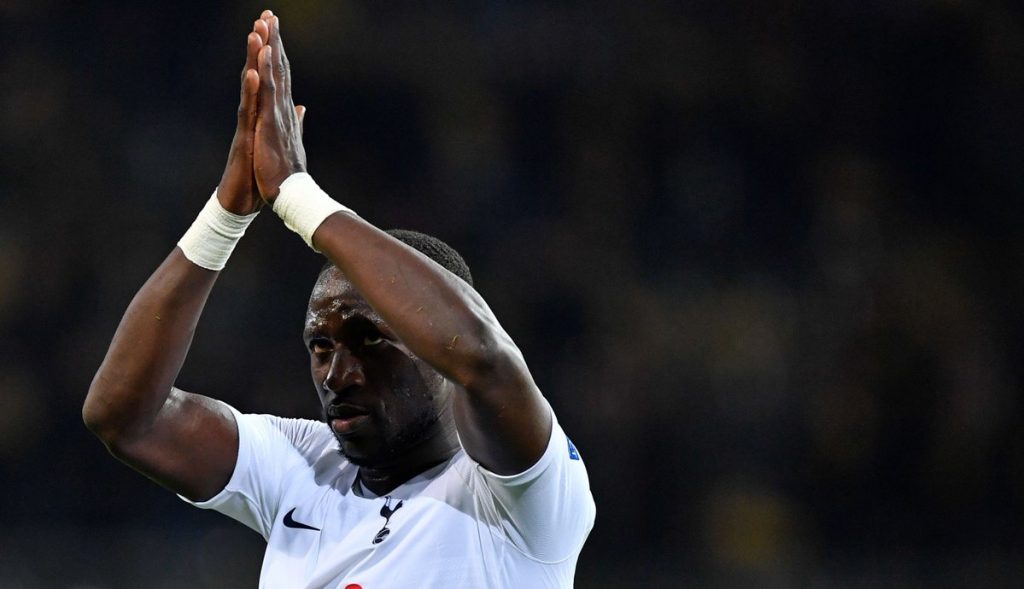 Tottenham Hotspur will host Manchester United when they resume Premier League action on June 19, and the North Londoners will be playing for a chance to finish in the top-four and play Champions League football next term.

Four points stand between eighth-placed Spurs and fifth-placed Man. Utd, and next Friday’s result could have a huge say on both sides’ top-four ambitions.

Jose Mourinho’s men are working hard in training ahead of the remaining nine fixtures, and they have been handed a massive boost with all the players now available for selection.

Moussa Sissoko, Tanguy Ndombele, Harry Kane, Steven Bergwijn and Son Heung-min are all fit having been injured prior to the break, and the French midfielder has shared a picture of himself alongside the South Korean winger in training on Instagram.

Sissoko joked that Son should learn the art of goal-scoring from him in the caption, and the winger fired back with a hilarious takedown, mocking the Frenchman’s shooting abilities. 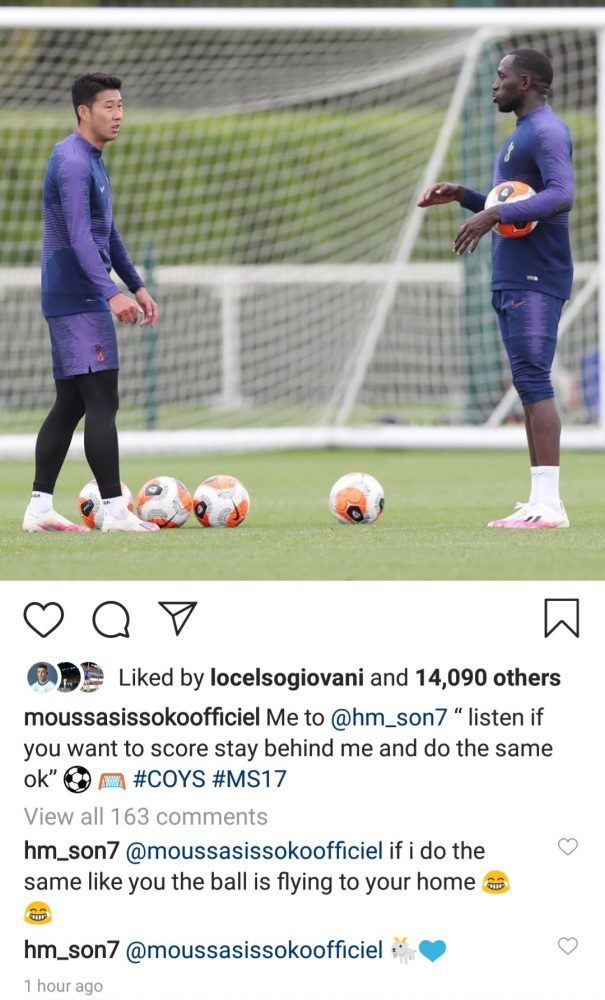 Sissoko could do with some one-on-one shooting drills from Son given his below-par ability in front of goal, but the France international makes up for his lack of an eye for a goal with his energy and doggedness in the middle of the park.

Tottenham will need the duo in top shape and form when the games start coming in thick and fast in the coming weeks, and they will both hope to help fire the side to Champions League qualification.