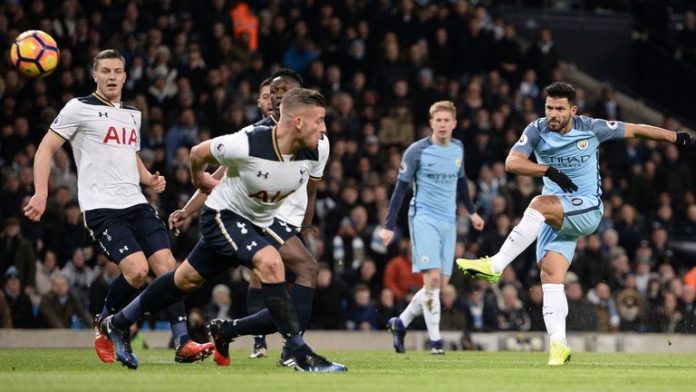 City’s 3-2 loss at home to Manchester United last weekend left them needing two victories to claim the Premier League title, while their 5-1 aggregate defeat against Liverpool ended their interest in this season’s Champions League.

Spurs’ last defeat in the league was at the Etihad Stadium back in December and they will be eager for revenge this weekend.

Manager Mauricio Pochettino is likely to be without Kieran Trippier who is struggling with fatigue. Serge Aurier is expected to start at right-back.

City will be without Fernandinho as the Brazilian serves the first of his two-match ban for picking up 10 yellow cards this season.

John Stones (groin) continues to be assessed but is unlikely to feature, while Benjamin Mendy (knee) is still out.

Sergio Aguero should return to the starting line-up after he was surprisingly named amongst the substitutes for Tuesday’s game against Liverpool.