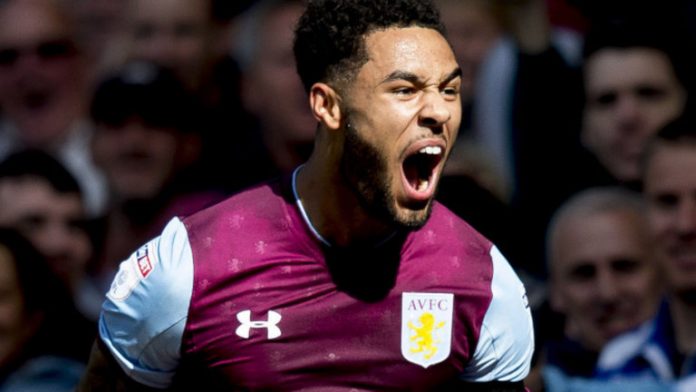 Tottenham Hotspur have been linked with a mover for Aston Villa winger Andre Green.

The 19-year-old has also been watched by Bournemouth this season, with the England U20 international tipped for a big future in the game.

Green started the season in the first team but suffered a serious hamstring problem at the start of September, forcing him to undergo surgery that kept him out for three months.

He returned to action in the FA Cup defeat against Peterborough United last weekend.

Villa are eager to hang on to Green, with manager Steve Bruce believing he can play a key role in his team’s push for promotion.

Green joined Villa at the age of nine and progressed through the club’s academy. He made his senior debut in March 2016, coming off the bench in a 2–0 loss against Tottenham.

He signed a new three-year contract with Villa in August 2016 and made his first league start for the club at home to Preston North End in January 2017.

According to reports, Villa want over £10 million for Green.