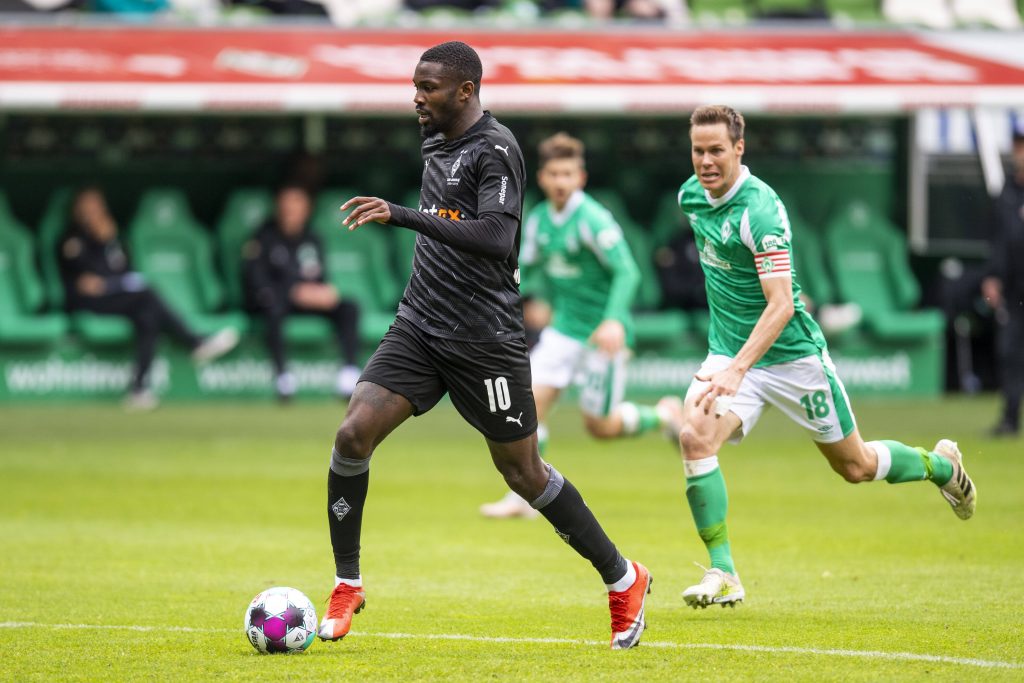 According to TVdello Sport journalist Rudy Galetti, talks are progressing between Tottenham Hotspur and Borussia Monchengladbach for Marcus Thuram.

⚠️ The times are getting longer between #Tottenham and #BorussiaMonchengladbach for Marcus #Thuram: the € 30 mln release clause recently expired and #Spurs should invest at least € 40/45 mln to close the deal for the 🇫🇷. Talks in progress. #Transfers #Calciomercato #EPL

He claims that the Frenchman’s €30 million release clause recently expired, and Spurs would now have to pay around €40-45m to have a chance of landing him.

Thuram wants to leave the Bundesliga outfit this summer and is keen on joining Tottenham, with both parties in discussions.

The Londoners now have to find an agreement with Monchengladbach to complete the deal, but whether they are keen to meet their reported asking price is unclear.

The France international ended 2020-21 with 11 goals and 12 assists, and Spurs could do with such a quality winger.

Thuram is currently at the Euro 2020 with the French national team as a reward for his impressive campaign, and his current valuation could sky rocket if he does well at the tournament.

Scouts from top European clubs are currently running the rule over players at the competition, and Spurs might have to move fast if they do not want another club pipping them to his signature.

Incoming manager Paulo Fonseca and new managing director Fabio Paratici are both likely to have a huge say on Tottenham’s final decision on the 23-year-old, and they could be keen to wait until after the Euros before reaching a conclusion.

Spurs need to bolster their attack this summer if they want to mount a strong top-four challenge next season.

Landing a quality finisher like Thuram capable of playing anywhere in the attack would come in handy.