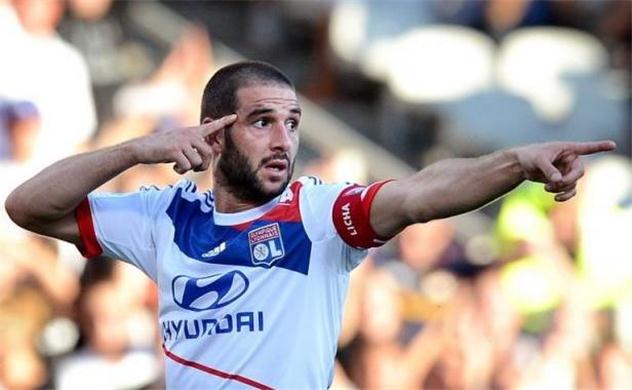 Tottenham Hotspur are said to be renewing their interest in Olympique Lyonnais striker Lisandro Lopez.

The 30-year old striker was targeted by the London side during last season’s January transfer window, but a deal failed to materialise. However, with Spurs so far failing to secure any of their transfer targets, they are looking to Lopez this summer, as the Argentine international revealed he would be leaving Lyon.

His asking price is £6M, but only has one-year remaining on his current deal with the Ligue One side. Tottenham are looking to test Lyon’s resolve with a lower bid as they are still after Valencia striker Roberto Soldado who will cost significantly more.

Spurs manager Andres Villas-Boas has been looking to sell the side’s current striker Emmanuel Adebayor this summer following a disappointing league campaign. The side’s only other senior forward Jermain Defoe also had a poor season by his standards, and has been linked with a number of side’s in the Premier League.

Whether Tottenham are really willing to let both players go remains to be seen, but Villas-Boas wants to secure one of his transfer targets before considering offers for Adebayor and Defoe.

Aston Villa striker Christian Benteke was said to be high on their wish list after the Belgian handed in a transfer request with the Midlands outfit, but made a U-turn on the decision 10 days later and signed a four-year deal.

They also missed out on ex-Barcelona striker David Villa after he joined Athletico Madrid this summer. Lopes and Soldado are the two players high on Villas-Boas’ shortlist, and the club director Franco Baldini has been negotiating with their respective clubs in order to thrash out a deal.

Lopez joined Lyon from Porto in 2009. He’s represented Argentina on six occasions, scoring once. For Lyon, he’s scored 81 goals in 165 games. The 30-year old has also been linked with AS Monaco and Fiorentina.