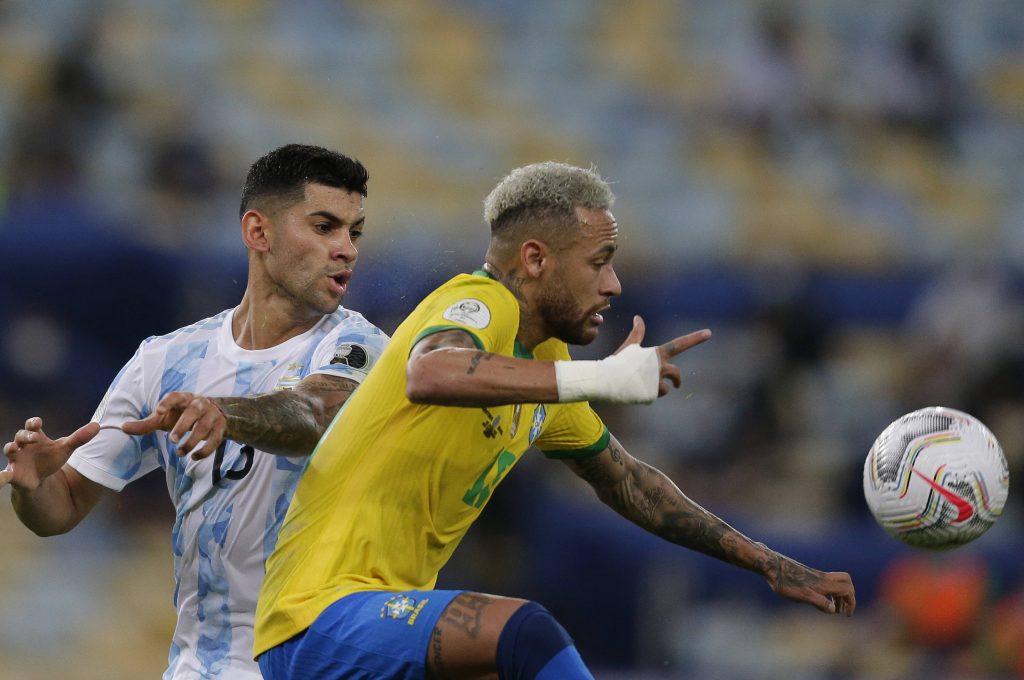 Also Barcelona and Tottenham have made an enquiry for Atalanta centre-back Cristian Romero. Manchester United as well in the race. @tvdellosport #thfc #fcb #mufc

The 23-year-old emerged as the official Serie A Best Defender for 2020-21 after an impressive season with Atalanta.

He capped off his fine campaign by helping his country to Copa America glory at the expense of Brazil on Sunday.

Tottenham want to strengthen at the back ahead of the new season, and managing director Fabio Paratici and new head coach Nuno Espirito Santo have recently been identifying feasible targets.

Romero has been one of the best centre-backs around in the last 12 months, helping his side to a top-four finish, and it is no surprise to see Spurs, Man Utd and Barca all keen.

The Argentine is also an influential figure in the opponents’ box, scoring three goals and assisting three more in 42 games across all competitions for Atalanta last term.

With Champions League football available for him next season at the Italian side, his chances of joining Tottenham could be very slim, with the north Londoners set to compete in the Europa Conference League.

The Red Devils and Barcelona are both playing in Europe’s elite competition next season and are regular challengers for domestic silverware.

However, the same cannot be said of Spurs who are without a trophy since 2008, and that could deal a blow to their chances of signing  Romero.

Tottenham really need to add at least one excellent centre-back to their defence this summer.

However, they may have to look elsewhere with a deal for the Argentine likely to be tough to seal should Atalanta choose to sell.