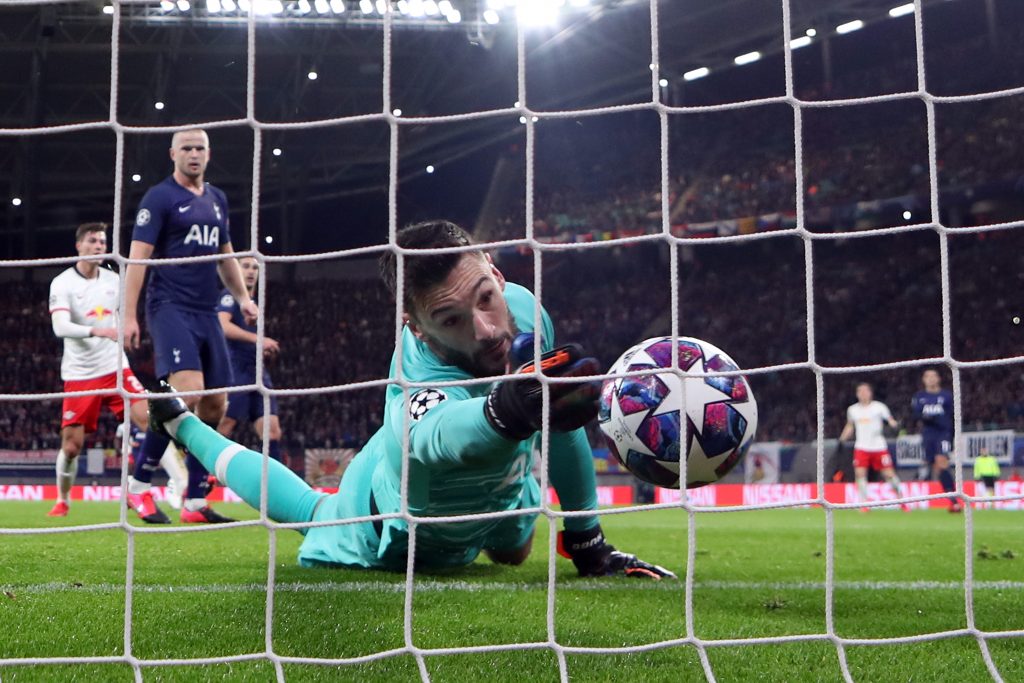 Tottenham Hotspur’s trophy drought won’t be ending this season after they got knocked out of the Champions League by Bundesliga side RB Leipzig last night.

Jose Mourinho’s men lost 1-0 in the first-leg at home and were played off the park again in Germany, suffering a 3-0 defeat.

Spurs were without some of their best players against the Bundesliga side, with Harry Kane, Moussa Sissoko, Son Heung-min, Ben Davies and Steven Bergwijn all available due to injuries.

It surely limited their chances over both legs, but goalkeeper Hugo Lloris doesn’t believe that was an excuse for them to lose.

🗣"I'm not a person who likes to hide the problem behind 4 or 5 players but we need to find a solution, but we are struggling"

Hugo Lloris on the problems Tottenham Hotspur are facing pic.twitter.com/JVy2UNL838

The Spurs goalie was the hero of the first leg, making important saves that kept his side in the tie ahead of the second-leg.

However, Lloris had a stinker last night and should have done better to prevent the first two goals.

The France international, who is one of the highest earners at Tottenham (£100,000-a-week), also put in a poor performance against Burnley at the weekend, and many Spurs fans want him replaced this summer.

A lot of them have slated him for his unimpressive showing against Leipzig last night, and here is how some of them reacted to his post-match comments on Twitter:

Sell him and get Henderson in.

Love the guy but he is a liability

Thank you for the memories, time to buy a fresh, hungrier, focused younger keeper.

Lloris is one of the major problems at the club

He’s a major problem at the moment.

Ai maan he must admit he is the problem, his finished as spurs player

Hes the problem. At fault for goals saturday and yesterday

He is dreadful, don't even understand how he can't see that he is done himself.

All three of em