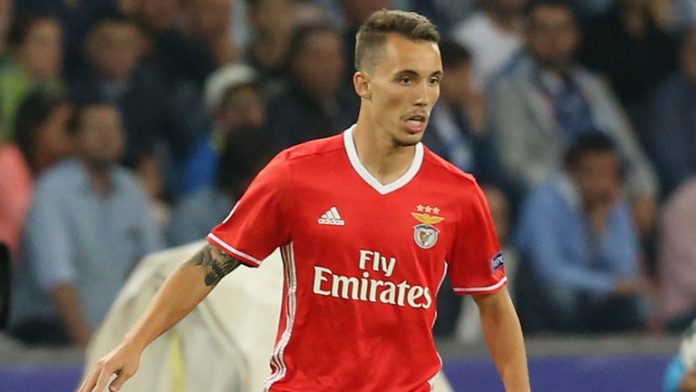 According to reports from A Bola (h/t Team Talk), Tottenham Hotspur are back in the race to sign Benfica’s highly-rated left-back Alex Grimaldo in the January transfer window.

The report claims that Premier League rivals Arsenal and Serie A giants Napoli are also in the race to sign the 24-year-old.

A Bola claims that all the three clubs will battle to land the player in the next year who is rated at €40million.

The interest from Arsenal comes as a surprise given that they only signed Kieran Tierney from Celtic over the summer.

Some Spurs fans have taken to social networking site Twitter to express their reaction after the news broke out. Here are some of the selected tweets:

Rather have Chilwell, he’s actually proven in the premier league. Grimaldo looks better fitted for Serie A

Never happen. We just bought Sess and have Davies a right back will be the priority

Can we offer to drive Danny Rose over there as makeweight & still offer them the €40million for him. I can’t be the only one thinking that would be a fair deal.

This is what we need.

We just got Sess. You think Levy is gonna pay up for another LB? No way.

While Tottenham are desperate to sign a right-back in January, the club could look to sign a left-back as well.

Danny Rose, the club’s first-choice left-back has struggled badly this season, and his performance at times has been below par. So, chances are high that Spurs won’t stick around with him for long.

Ben Davies is a reliable squad player at best, while the versatile Ryan Sessegnon still needs time to settle down at his new club.

Grimaldo is a fantastic player and would be a very good signing for the club.