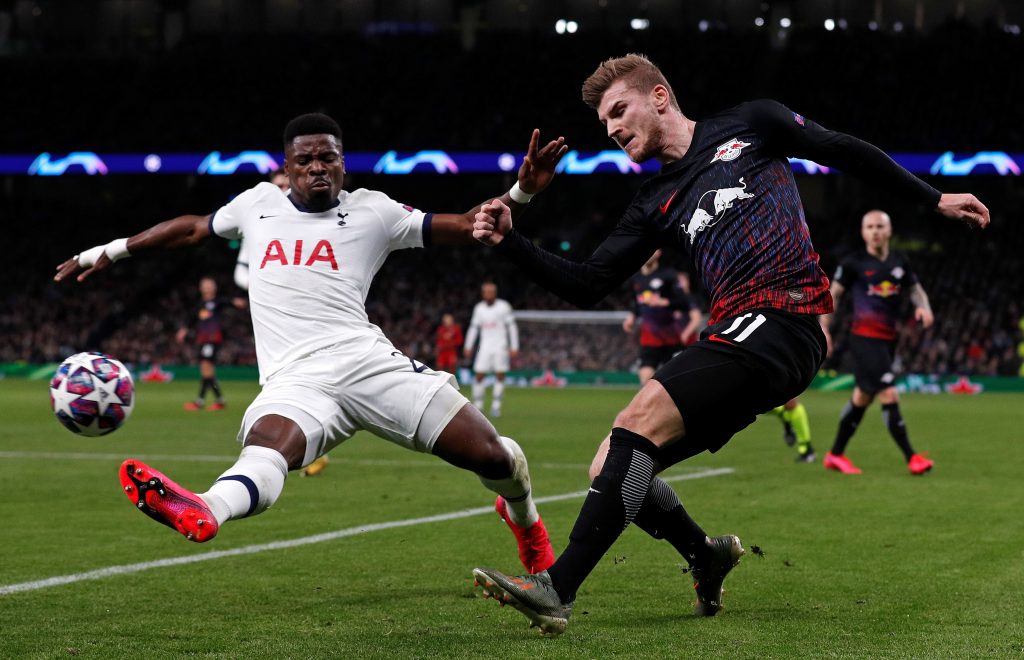 RB Leipzig striker Timo Werner is set to join Chelsea at the end of the Bundesliga campaign, and the German side couldn’t help but throw a jibe a Tottenham Hotspur via their Twitter handle during one of their announcements.

We're sure Timo will fit in well at the Bridge, he already knows how to score against Spurs 😈

Julian Nagelsmann’s side ran out 4-0 winners on aggregate in the Champions League last-16 at the expense of Spurs in March, with Werner scoring from the spot at the Tottenham Hotspur Stadium in the first-leg in February.

Leipzig were quick to remind Chelsea fans that the Germany international has no difficulty finding the back of the net against their London rivals, and it didn’t go down well with some Tottenham fans.

Here is how they reacted to the jibe:

What an embarrassing club.

“We're sure Timo will fit in well at the Bridge, he already knows how to score against Spurs 😈

What an awful tweet, he dropped an absolute stinker this game, could’ve scored like 5 goals and only scored one penalty https://t.co/o5pTVW6m4V

we live rent free in so many people’s heads, we’re unbelievably massive 🤯 https://t.co/GeqmY03UJO

You’ve just sold your best player (at the age of 24) in the history of your tiny club, stepping stone FC already lmao https://t.co/LNbkiyQzfO

What club sells their best player and acts like this? https://t.co/zuGEsK1Y52

Why are you gassed that you’re selling your best player? https://t.co/8eMCRhDME2

Did his best Özil impression for 180 mins and scored a pen against a very weak spurs side, well done

Chelsea proved too much for Tottenham to handle this term, with Frank Lampard’s side doing the double over them in the league.

Jose Mourinho will hope to avenge his side’s defeats next term and will hope to make necessary additions to his squad this summer.

Qualifying for next season’s Champions League is top priority for the Portuguese when Premier League action resumes tomorrow evening, and a victory against Manchester United will help boost their chances.

Spurs could do with a forward in the mould of Werner in their attack, but it remains to be seen if chairman Daniel Levy will be keen to spend much on an attacker when the transfer window opens.