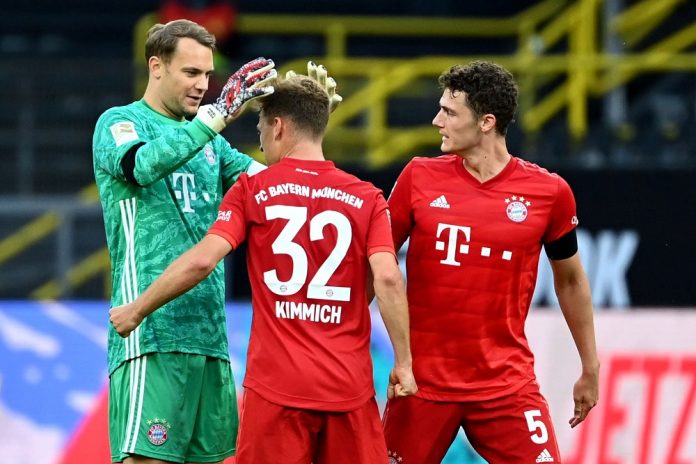 Bayern Munich and Paris Saint-Germain will clash in the final of the Champions League on Sunday, and Tottenham Hotspur boss Jose Mourinho has showered praises on Joshua Kimmich ahead of the game.

The right-back has been in solid form for the Bundesliga giants so far this term, scoring seven goals and assisting 10 others in 50 games across all competitions.

Kimmich will hope to help Bayern to the Champions League when they come up against PSG, and Mourinho has called him one of the best players in the world, claiming he has all the qualities a coach wants in a player.

“I see a great full-back, centre-back, number six, number eight and number 10. He has all the qualities a coach wants to see and have,” Mourinho told DAZN (via Buli News)

“Looking at him from a distance, I sense he has great footballing intelligence, he understands the game and the demands of different positions. He is an absolutely phenomenal player, one of the best in the world.”

Mourinho desires to have such a player within his ranks at Tottenham, but there are few of them available on the planet.

Spurs need to make quality signings this summer if they want to finish in the top-four next term, and they have brought in midfielder Pierre-Emile Hojbjerg and goalkeeper Joe Hart so far.

The North London giants could soon be in the market for a right-back too with Serge Aurier linked with a move to AC Milan.

Mourinho would love to have a right-back capable of playing as Kimmich as a replacement should the Ivorian leave, and he will lucky to find one that comes close to the German.