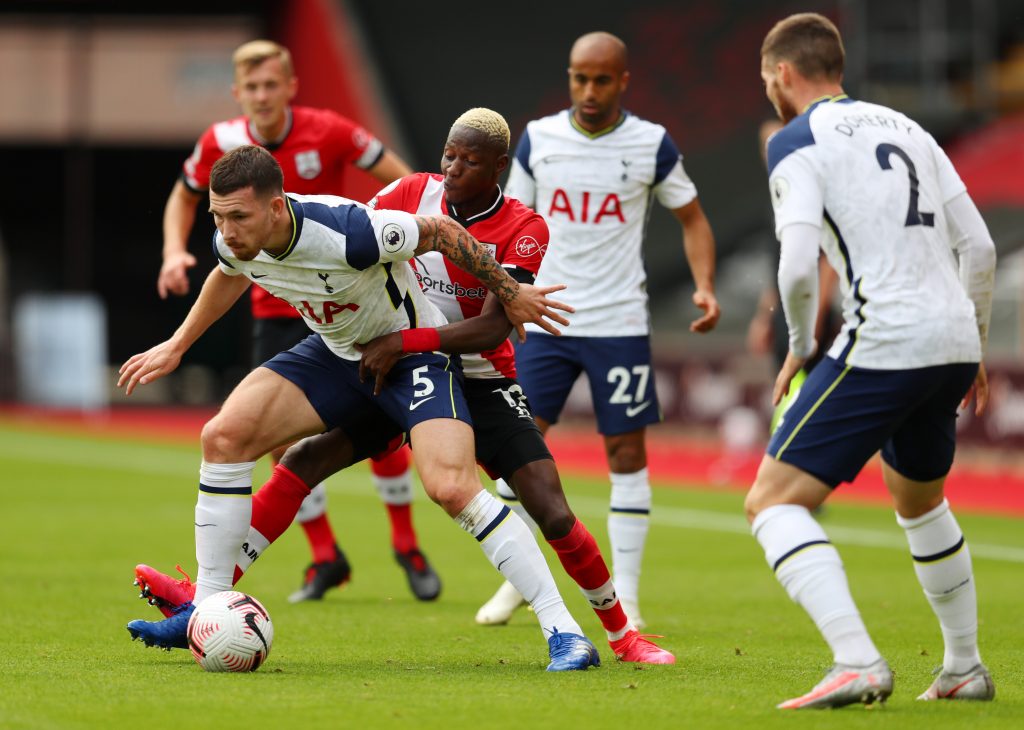 Southampton were handed a 5-2 loss by Tottenham Hotspur at the St. Mary’s Stadium this afternoon in their second English Premier League game of the 2020-21 campaign.

Despite going ahead through Danny Ings, the Saints were torn apart by Spurs, with Harry Kane and Son Heung-Min combining to devastating effects.

The visitors’ five goals came from the Tottenham duo, with the South Korean scoring four while the England international assisted four and scored another.

Former Southampton star Pierre-Emile Hojbjerg returned to St. Mary’s for the first time since moving to Spurs this summer, and while he didn’t put in an extraordinary performance, he played a huge role in the visitors’ win pre-match.

Tottenham boss Jose Mourinho revealed that the Denmark international helped expose some of the Saints’ weaknesses ahead of the clash.

“We played them four times last season and on top of that Pierre of course gave us two or three little pointers to help in analysing the way they play, and we identified a few things of how to hurt them,” the Portuguese told football.london after his side’s 5-2 win.

Hojbjerg spent four seasons with Southampton, playing 18 months under manager Ralph Hasenhuttl, and he definitely knows one or two things about his former side’s and the Austrian’s tactics and style of play.

The Dane’s two or three little pointers definitely played a role in helping to analyse the way the Saints play and guide Tottenham to victory, and Mourinho also has him to thank alongside Kane and Son.