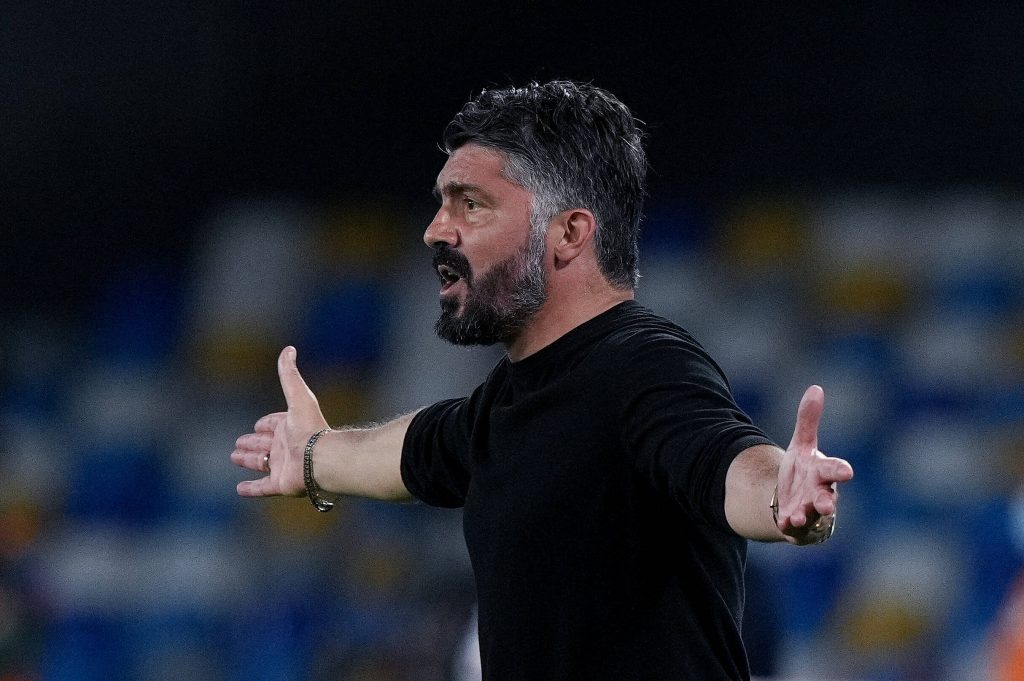 Tottenham Hotspur and Everton both appear to be vying for the signature of former Napoli manager Gennaro Gattuso.

The Italian left Fiorentina today just 23 days after joining the club and he is already eyeing his next job.

According to Calciomercato, Rafa Benitez and Nuno Espirito Santo are both ahead of Gattuso in the race to replace Carlo Ancelotti at Everton.

However, his case is strengthened by the bond his agent Jorge Mendes shares with Kia Joorabchian – someone highly revered by the Toffees board.

Spurs also want the 43-year-old, with The Athletic’s Jack Pitt-Brooke and James Horncastle reporting that the north Londoners are closing in on his appointment.

Talks with former Roma boss Paulo Fonseca collapsed after days of negotiations, and Tottenham have now identified the Italian as the man to replace Jose Mourinho.

It is unclear whether Everton have sounded Gattuso out, but there is no doubt that the Spurs job is more appealing.

They are playing in the inaugural Europa Conference League next season after finishing the 2020/21 campaign in seventh place, and are aiming to return to being a top-four side next term.

Everton are hoping to break into the top-six soon, and while owner Farhad Moshiri is ready to spend big again, Gattuso is likely to prefer Spurs given the current crop of quality players in their ranks.

The project at Goodison Park is tougher than the rebuilding job at Tottenham, and nobody would blame the former Italy international if he opts for the easier and more attractive gig.

Napoli missed out on just Champions League qualification by a point at the end of last term, and Gattuso will fancy his chances of guiding Spurs back to the elite European competition if he gets the job.

Nothing is set in stone yet at both Tottenham and Everton, and it would not come as a surprise if new developments occur at either club in the coming days.