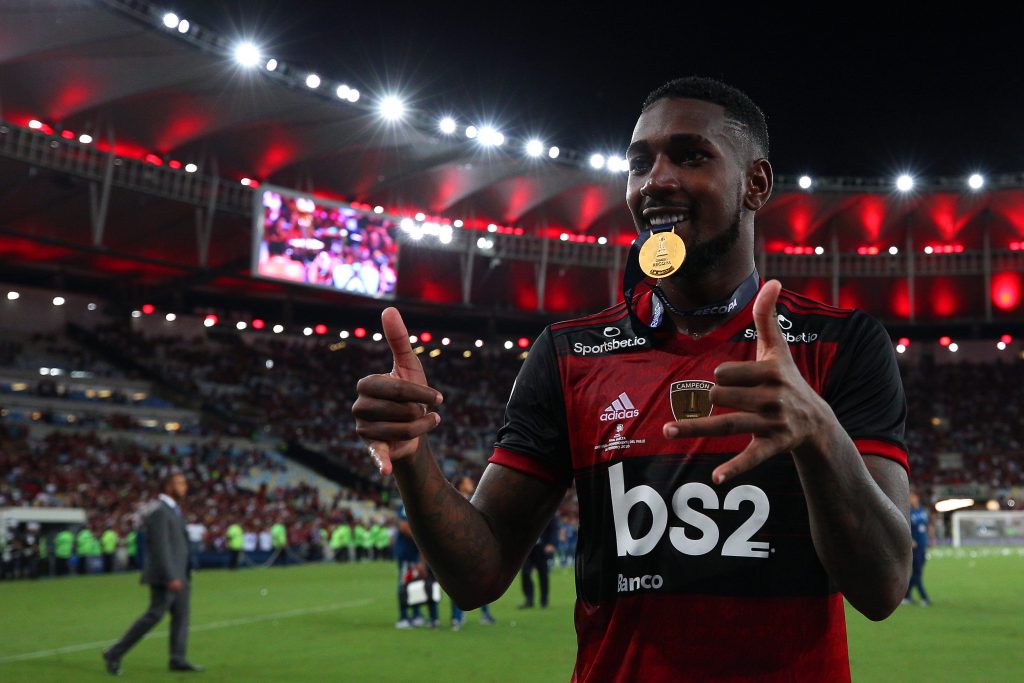 Tottenham have been linked with a move for the Brazilian midfielder Gerson.

We covered reports earlier that Spurs are willing to pay around £16.2 million for the 23-year-old.

Gerson has been linked with a move to Arsenal as well.

It will be interesting to see if Spurs manage to beat their bitter rivals to Gerson’s signature this summer.

Spurs could use a midfielder next season and Gerson has done well for Flamengo. Whether he is able to replicate that form in the Premier League remains doubtful.

He struggled at Roma in the past and the pace/intensity of the Premier League is much higher.

If he manages to adapt to the league and Mourinho’s style, he has the tools to improve Spurs and be a key player for them.

Furthermore, agreeing on a fee with the Brazilian club could be a challenge as well. Spurs have a limited budget and Flamengo will have to demand a reasonable fee.

Apparently, the Londoners are already in talks with the player’s camp but Gerson wants to stay at Flamengo and work with Jorge Jesus.

In that case, Spurs will find it difficult to tempt him and they would be better off moving on to another target.

Here is what the Spurs fans had to say about the Gerson links.

Good player, if we can lower the price to about 10-15 that’s a great deal

he is really good

Yeah, similar player to Soumaré in my opinion, physical, tall and defensive minded. Has a decent left peg on him as well