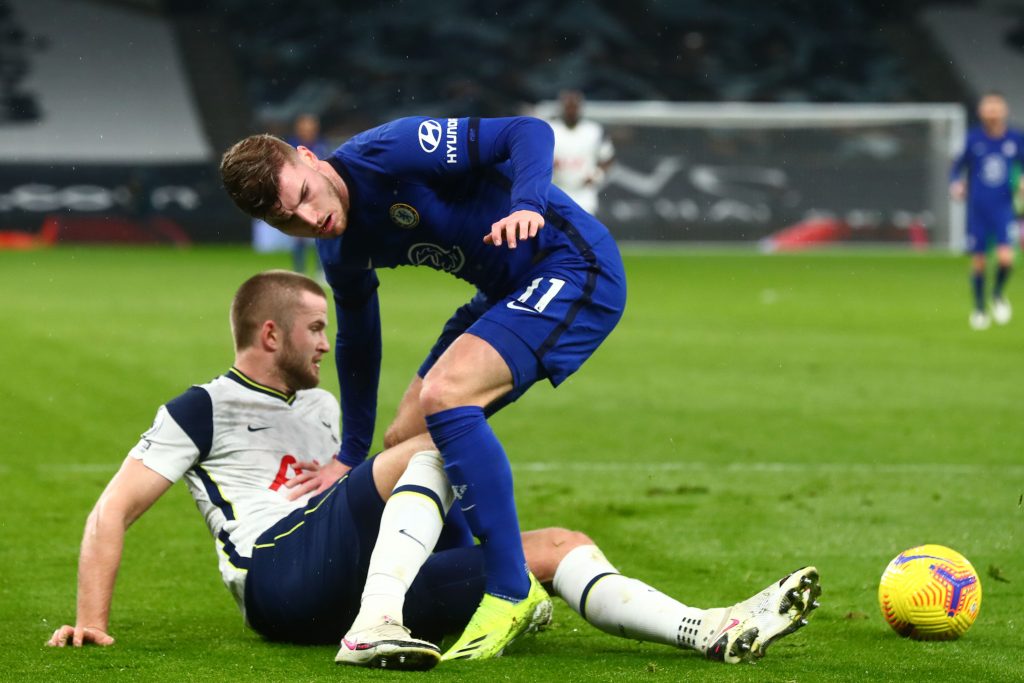 Tottenham Hotspur were beaten 1-0 by Chelsea in the Premier League last night.

Jose Mourinho’s side are now stuck in a rut and the Portuguese manager will be keen to get his side firing once again.

The London club have failed to win eight of their last 10 League games and the fans were disappointed with the performance of the players in the London derby yesterday.

Chelsea were the better side and deserved to pick up all three points.

The home fans were particularly disappointed with Eric Dier’s performance.

The England international was responsible for the penalty that won the game for Chelsea and almost scored an own goal as well.

The Spurs defender was clumsy on the ball and made several poor decisions throughout the game.

The London club will have to invest in a top-quality centre back at the end of this season if they want to challenge the likes of Manchester City in the coming seasons.

Dier has had some impressive performances for Tottenham in recent months but his showing last night proves that he is not a specialist centre-back and Mourinho must look to bring in an alternative.

Some Tottenham fans have taken to Twitter to share their thoughts on the 27-year-old’s performance against Chelsea and here is what they had to say.

Eric Dier costs us a goal every time he plays. Literally every single game.

Please stop letting @ericdier play for this club. How can the spurs board watch this and not spend at least 200/300m next transfer window. We need to replace 8 players minimum

Never play for us again @ericdier