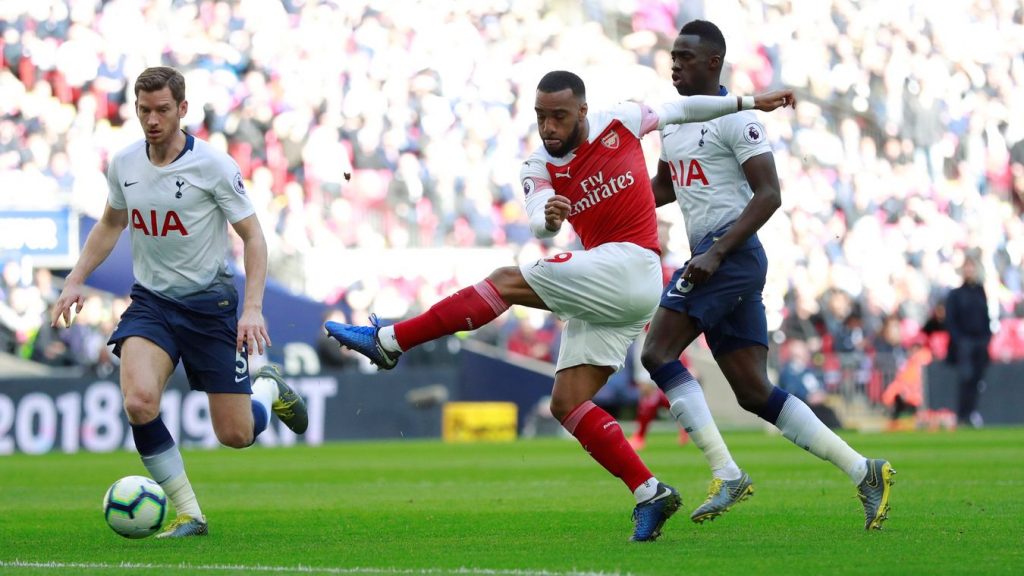 Tottenham were held to a 1-1 draw against Arsenal in the Premier League earlier today.

The home side just about managed to hold on as Arsenal squandered a great opportunity to win at Wembley.

Aubameyang missed an injury-time penalty for the visitors.

Aaron Ramsey had given the visitors a well-deserved lead in the first half and Harry Kane levelled it up with a penalty in the second half.

However, Kane was offside and the penalty should have been scrapped.

Tottenham were better than they were against Chelsea but Pochettino will not be happy with his players’ performances out there.

Davinson Sanchez, in particular, was quite poor. The 22-year-old centre back’s poor headed clearance led to Ramsey’s opener. He also gave away the soft penalty to Aubameyang.

Sanchez will know that he made crucial mistakes today and he will have to improve a lot going forward.

Tottenham fans have taken to Twitter to share their thoughts on the centre back’s performance today and here are some of the reactions from earlier.

If Pochettino seriously believes Davinson Sanchez is a long-term replacement for Alderweireld, we’re going to get relegated next season #COYS

How is Davinson Sanchez still getting games? Bizarre.

#DavinsonSanchez #Dannyrose #Trippier poor. They simply aren’t up for it #tot