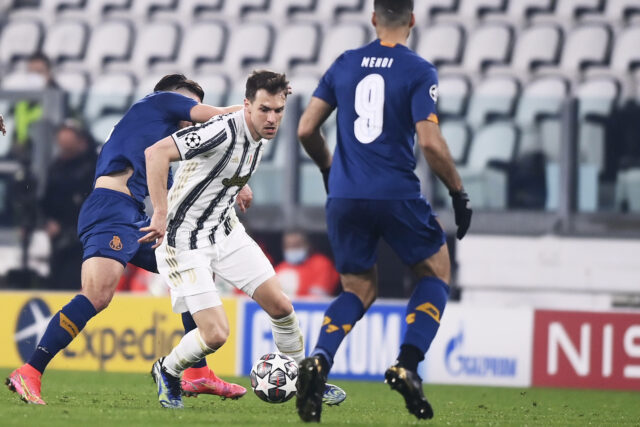 Tottenham Hotspur fans have taken to social networking site Twitter to express their reaction to rumours linking their club with a move for Juventus midfielder Aaron Ramsey.

Juve are planning to offload some of their players in the summer, and Ramsey has become surplus to requirements at the club.

According to reports from Italian media outlet Tuttomercatoweb, Ramsey is being chased by several Premier League clubs, including Tottenham and Everton.

Ramsey joined the Old Lady on a free transfer after leaving Arsenal. He is reportedly on £225k-a-week wages in Turin.

The Wales international has made 12 Serie A starts, and a further six appearances have come from the bench. He has scored two goals and registered four assists in the league.

Any potential move for Ramsey is bound to ignite controversy because of his association with Arsenal.

A majority of Spurs fans are not open to the idea of Ramsey joining the club, as they feel the money could be used elsewhere.

Ramsey is 30 years of age, and he won’t have any resale value. Plus, he is on a high wage package and has a poor injury record.

The Welshman has a wealth of Premier League experience, but many Spurs fans are averse to the idea of signing him.

Sorry is it April 1st and we're getting in early…..😉

Utterly pointless signing and no for so many reasons

Are we the Welsh national team's designated rehabilitation center?