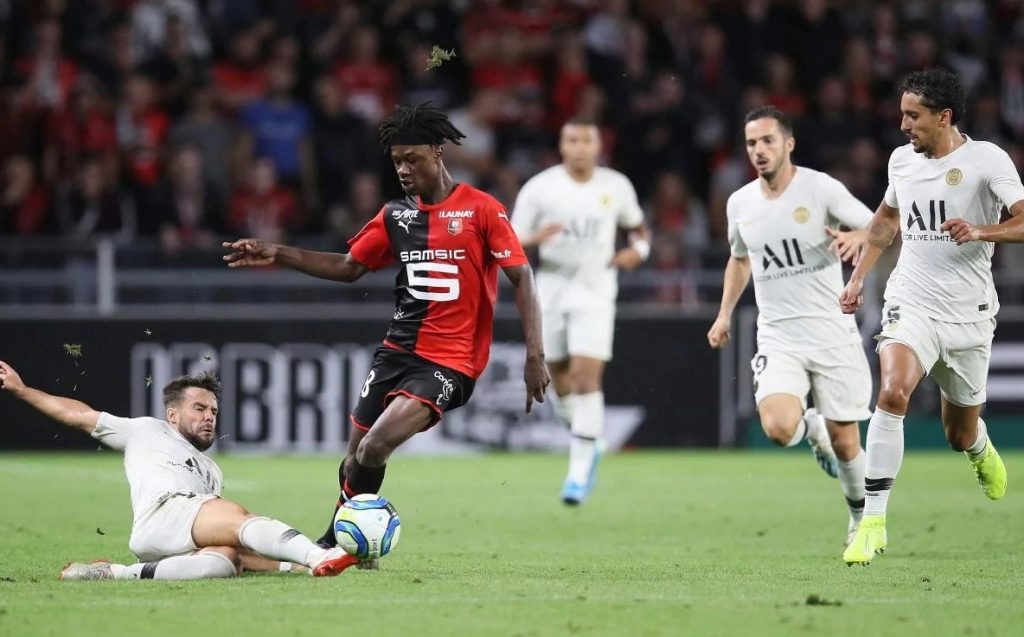 Tottenham are interested in signing the Rennes midfielder Eduardo Camavinga.

According to Daily Mail, Manchester City and Arsenal are keen on the player as well.

The 16-year-old is already starting games for Rennes and he made quite the impression against PSG earlier in the season.

It is no surprise that the top teams are taking an interest in him already.

It will be interesting to see how Camavinga develops over the course of this season. The transfer window for the Premier League clubs has closed and therefore the likes of Spurs won’t be able to sign him now.

They will have to wait until January at the very least to make their move for the technically gifted midfielder.

As per the report from Daily Mail, all three Premier League clubs had scouts watching the player in action on Sunday.

It will be interesting to see if any of his suitors make a move for him in January. Spurs certainly have the money to tempt Rennes into selling their prized asset.

The Londoners can provide him with the ideal platform to develop as well.

Pochettino is very good at developing young players and he could take Camavinga to a whole new level.