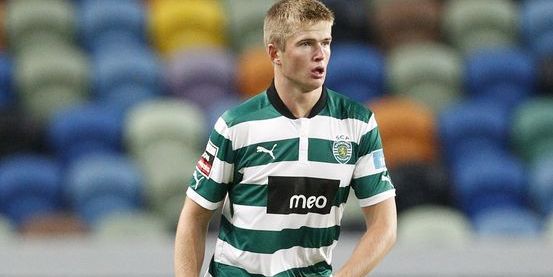 The Cheltenham-born youngster moved to Portugal as a ten-year-old and established himself as a regular member of the first team squad. In August, 2013, Portuguese newspaper Record reported that suggested that Spurs manager Andre Villas-Boas is keen to bring the stylish defender to White Hart Lane in the summer while a fee in the region of £5m will be enough to convince Sporting to part with the Englishman.

“That is my first goal, to win trophies. Then my objective is to play at the top level in England in the Premier League. That’s my dream and ambition.”

According to A Bola, Villas-Boas wants to re-ignite that interest and could make a move for him. Money is not an issue for Spurs and they see him as a long-term investment for the future. Spurs have signed Vlad Chiriches, the Romanian defender in the summer and further investment could be made to bolster the defensive unit.

The youngster has harbored desires of playing in the Premier League before, as we can see in that quote, while defence is not a major concern for Sporting manager Leonardo Jardim as well, so, a deal could be a possibility, should Spurs register a serious interest in future.