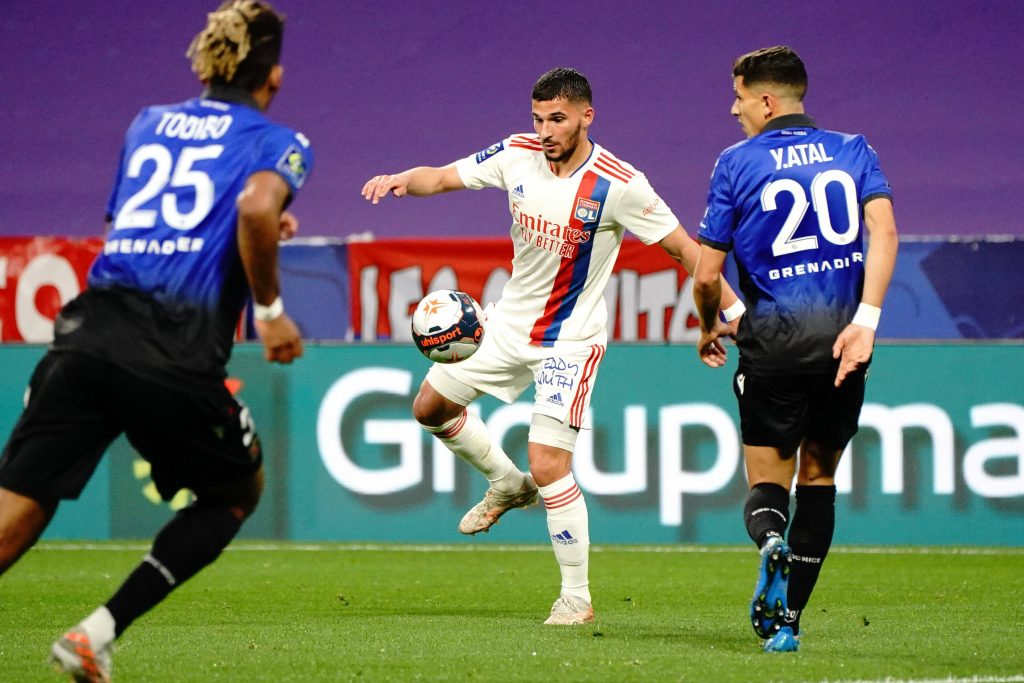 Tottenham Hotspur have joined the race to sign Houssem Aouar from Lyon this summer.

According to Le10sport, Arsenal have already submitted a bid for the highly talented central midfielder, but they will now face competition from their London rivals.

Arsenal’s offer for the 23-year-old is reportedly less than €20 million, and they need to improve on that if they want to sign the player.

Aouar is valued at around €25m, and Tottenham can afford to outbid the Gunners.

Both London clubs could use more creativity in midfield, and their interest in the French international certainly makes sense.

Aouar is one of France’s most exciting talents, and he could prove to be a quality signing for either Premier League club.

Arsenal benefited from signing Martin Odegaard on loan last season, with his creative input improving them in the final third.

Aouar could have a similar significant impact on their attacking play.

Similarly, Tottenham have two quality midfielders in Pierre Emile-Hojbjerg and Tanguy Ndombele, but neither offers much going forward and Aouar could fill the void.

Aouar has been a key player for Lyon over the last few seasons, but the French club are under financial pressure and will sell Aouar if a significant offer comes in.

Lyon manager Peter Bosz is reluctant to sell the player, but the club must consider the economic reality.