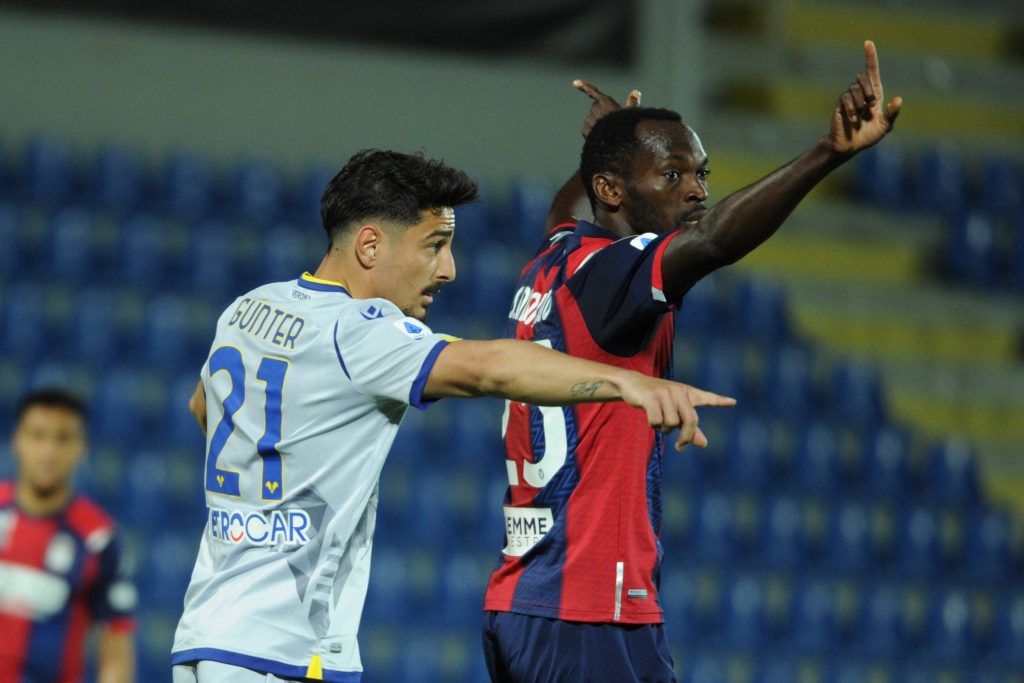 Tottenham Hotspur can sign transfer target Simy for a bargain £3 million this summer, according to a report from Gianluca Di Marzio.

The 28-year-old clearly wants to leave Tottenham this summer.

If he does, Nuno Espirito Santo will have a seriously difficult task on his hands to replace the England captain.

The north London outfit will undoubtedly target an elite striker but signing just one forward won’t be enough.

It could be argued that with the £100m plus that they will undoubtedly receive for Kane, Nuno should look to bring in three centre-forwards.

The Crotone striker is on Spurs radar, as reported by The Telegraph.

And now Di Marzio suggests that the 29-year-old could be available for just €3.5m (£3m) this summer.

The Nigerian scored an incredible 20 goals in Serie A for Crotone last season – not bad considering his team finished second from bottom and were relegated to Serie B.

£3m would be superb value for Simy.

Tottenham fans will be expecting a marquee striker signing if and when Kane eventually leaves.

Nuno will undoubtedly give them what they want.

But signing someone like Simy as a back-up would be very smart business as well.