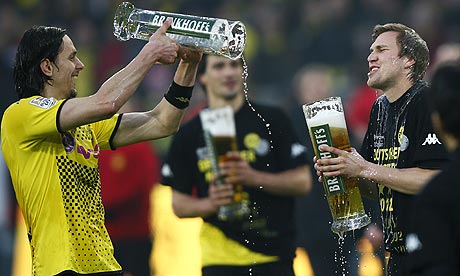 Borussia Dortmund enter into the Champions League semi-finals clash with Real Madrid on Wednesday night, and in some ways the German outfit are not dissimilar to Tottenham.

Both have a young, ambitious and tactically astute manager, both possess squads full of exceptionally talented players brought to their respective clubs on for relatively moderate transfer fees.

However, if Spurs want to mix it with Europe’s big boys, they must take a thing or two from the Signal Iduna Park outfit.

Do not sell your best players

Ever since Dortmund rose to prominence under Jurgen Klopp, Europe’s scouts have been brimming with glowing references of their young stars, with constant transfer speculation. Despite this, Dortmund have managed well and to date of their best players have only sold Shinji Kagawa, Nuri Sahin and Mario Gotze.

Kagawa was let leave due to his contract situation and instantly replaced with a player just as good and better in Marco Reus. Sahin’s departure allowed Ilkay Gundogan step forward and be the driving force of the team’s midfield. Even when they have sold two of their stars they have had a replacement just as good to take his place.

Gotze will join Bayern Munich from next season for a reported fee of £31.5 million, which gives Dortmund plenty of opportunity to reinforce in the coming transfer window. 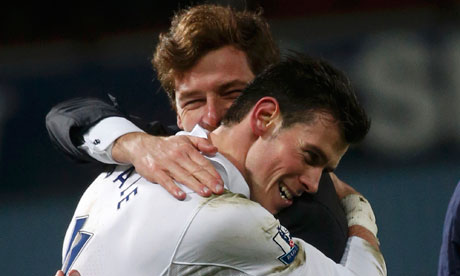 Tottenham are more than just Gareth Bale, but the Welsh attacker is quickly becoming one of the most devastating and effective players in world football. With the very top clubs in England and Europe chasing Bale, Tottenham would be absolutely crazy to accept any offer, no matter how much.

Spurs would simply not be able to replace Bale. Luka Modric may well have left the club last summer, but Moussa Dembele has all but filled the void. There is no such player to replace Bale.

Mental toughness in the biggest games

One of Dortmund’s most impressive feats over their back-to-back Bundesliga titles was their complete dominance over closest rivals Bayern Munich. The Bavarians are the biggest club in German football, and traditionally overpower Dortmund.

However, Klopp’s men abandoned all preconceptions and negative mindsets to go toe-to-toe with Bayern, and repeatedly beat them. This term in Europe Dortmund were drawn in the group of death, but did not succumb to Real Madrid’s reputation or Manchester City’s millions – instead they won the group. 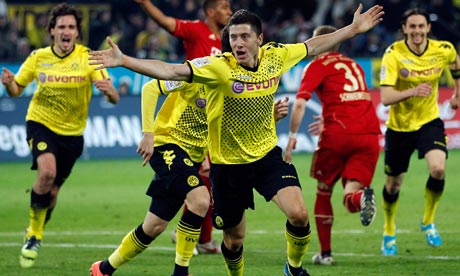 Tottenham on their day can beat most sides in England, as shown in their win over Manchester City at the weekend. Victories over Inter and Lyon in the Europa League have also shown that Spurs are good enough to play in the Champions League.

However, a debilitating tendency to crumble under pressure has blighted Spurs in recent campaigns, with a collapse last season and a recent blip this term coming down to mental fatigue. Add to this collapses in games against biggest rivals Arsenal in the recent past, and Spurs have an issue to address.

The comeback win over City, and victory over Arsenal in the last meeting of the sides will have Tottenham fans hoping their side have progressed mentally.

One of Dortmund’s strengths has been a dominant figure in their attack, with an uncompromising striker delivering goals consistently.

The current side have Robert Lewandowski as their figurehead; the team before relied on Lucas Barrios’ strikes to lead them to the Bundesliga crown. Both have been players that could be relied on to get 20+ goals in a season.

Tottenham have two good strikers in the form of Emmanuel Adebayor and Jermain Defoe, but neither has provided the consistent supply of goals to round off enterprising attacking play by the side. Bale is the side’s top scorer this term, with the two strikers inconsistent.

Andre Villas-Boas must now decide which one is going to get him the goals to compete and prosper in the Champions League; if it is neither then a new top-class striker must be top of his summer transfer wishlist.