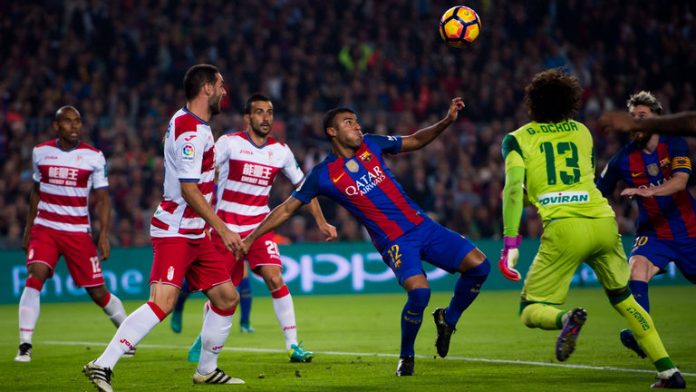 Tottenham, Arsenal and Liverpool have been linked with a move for Barcelona midfielder Rafinha.

The 24-year-old looked set for a move away from the Nou Camp this summer, but a long-term knee injury put his exit on hold.

According to Spanish newspaper Mundo Deportivo, a switch to the Premier League could happen during the January transfer window.

Rafinha is keen to leave Barcelona to boost his chances of being selected for the Brazil squad for the 2018 World Cup in Russia.

The Brazilian’s current deal with Barca runs until June 2020, but he has a £68 million release clause in his contract.

Italian giants Inter and AC Milan have also been monitoring the midfielder’s situation at the Nou Camp.

Rafinha was a product of Barca’s academy, coming through the ranks with his brother Thiago. He has scored 11 goals in 78 appearances since stepping up to the first team in 2011.

The London club were offered the chance to sign Rafinha earlier this summer, but his injury scuppered the possibility of a deal being struck at that stage.

With Alexis Sanchez’s future at the Emirates Stadium still uncertain, Rafinha’s signing would be a positive move for Arsenal.