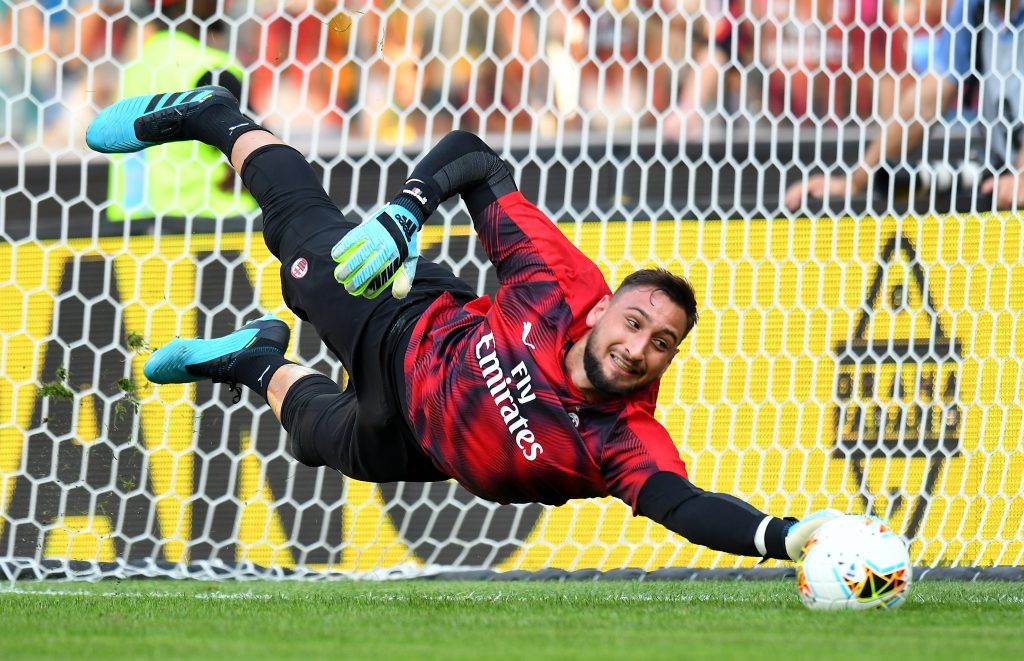 AC Milan goalkeeper Gianluigi Donnarumma is up for grabs this summer, and three Premier League clubs are believed to be keen on signing him.

The 22-year-old contract with the Italian club expires at the end of this month, and he is set to leave as a free agent.

According to Tuttosport, Tottenham Hotspur, Arsenal and Chelsea are in the race to sign the talented young goalie.

The report further states that Juventus goalkeeper Wojciech Szczesny could be an option for all three Premier League clubs.

It is no secret that Tottenham will have to sign a quality goalkeeper soon, especially with Hugo Lloris expected to leave the club at the end of next season.

The 34-year-old has just one year left on his contract, and Donnarumma would be a sensational replacement.

The Italian is already one of the best in the world in his position and is likely to improve over the next few years.

Signing a player of his potential on a free transfer could prove to be one of the best bits of business they have ever done.

Chelsea already have a quality goalkeeper in Edouard Mendy, and it is unlikely that Donnarumma will join them as a back-up option.

As far as Arsenal are concerned, they could be looking at Donnarumma as a potential upgrade on Bernd Leno, and they may come forward with an offer in the coming weeks.

Read: Tottenham can sign German international for a fee of around £34.3m.